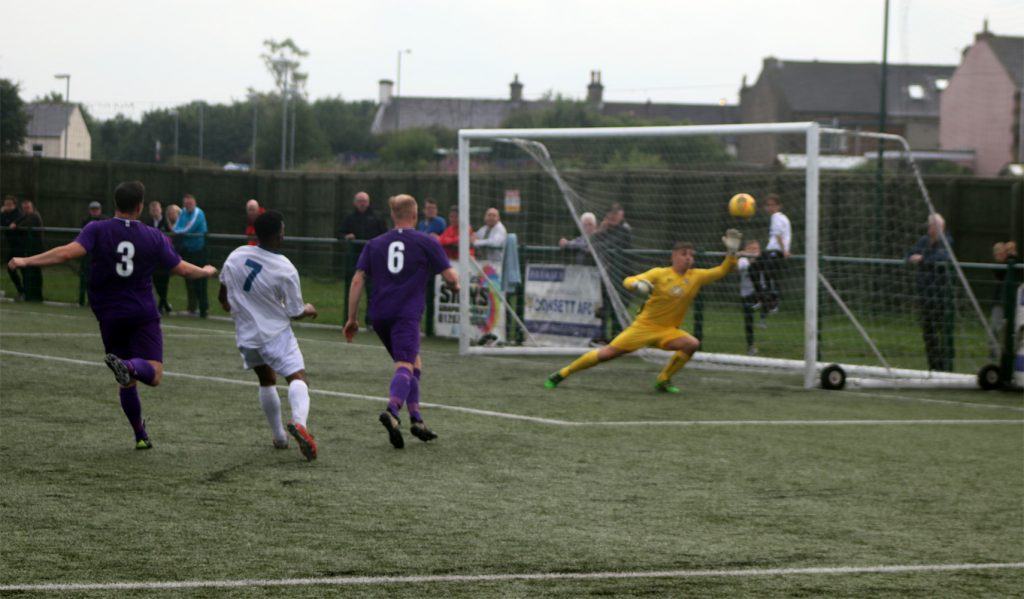 A second half goal from Calvin Smith proved to be the decisive strike in today’s Northern League opener against Northallerton Town at Belle View Stadium this afternoon.

The newly-promoted visitors proved to be difficult to break down and in a tight first half of few chances Matty Slocombe came closest to scoring when, after a surging run into the box, his attempted chip was tipped wide by the Northallerton keeper Dawson.

At the other end, Northallerton’s Shaun Hudson had a goal disallowed for offside, before the same player set James Rowe through on goal only for the midfielder to be denied by a customary save by Kyle Hayes with his feet.

The all-important goal came eight minutes into the second half. Darren Holden broke clear down the left flank and pulled the ball back cleverly for Calvin Smith to side-foot home via a slight deflection.

Debutant Ali Alshabeeb almost doubled Consett’s advantage when he rattled a shot against the post after a surging run down the right (pictured).

In the dying minutes Dawson pulled off a brilliant double save; first at close range from Andrei-Vasile Ardelean, and then from substitute Lewis McGeoch to keep the score at 1-0.

Some sloppy defending almost let Northallerton in for a dramatic stoppage-time equaliser, but Nathan Callendar headed over with the goal at this mercy, and Consett hung on to get their season off to the perfect start.