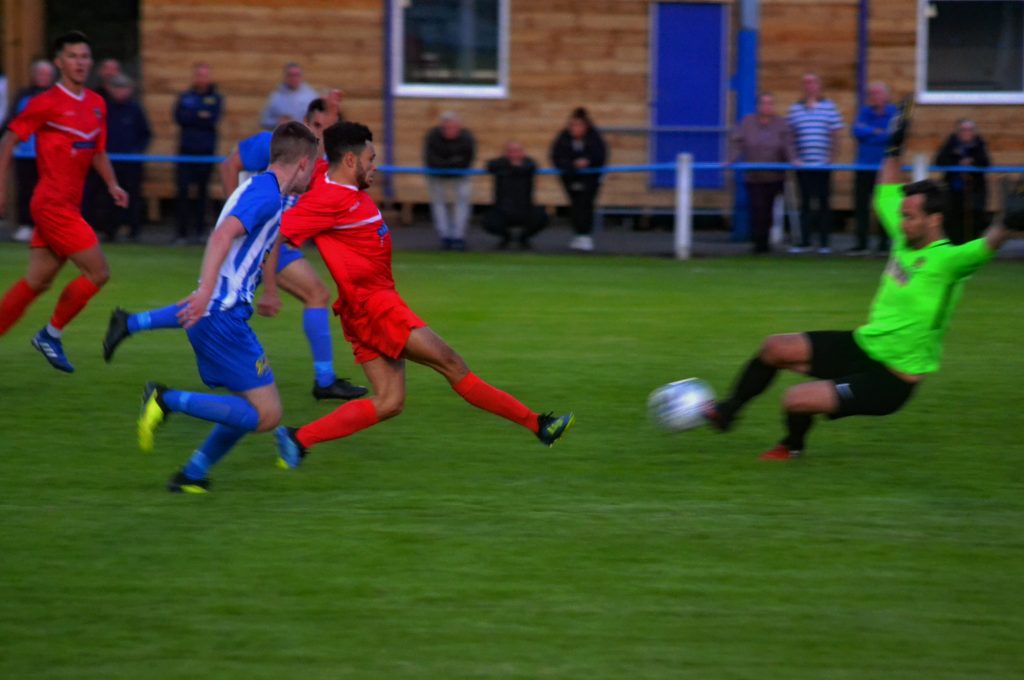 Consett made it two wins from their opening two games with a 3-2 success at Newcastle Benfield tonight.

Captain Arjun Purewal gave the Steelmen the lead in the 18th minute when he powered home a header from Calvin Smith’s corner from the left.

Kyle Hayes made a couple of good saves to preserve Consett’s lead, but there was nothing he could do about Benfield’s equaliser a minute before half-time, when Dennis Knight finished from close range after the visitors’ defence failed to deal with a cross from the right.

Six minutes into the second half Consett regained the lead when Ali Alshabeeb’s cross from the right saw Darren Holden try a shot which bounced up for Andrei Ardelean to head over stranded home keeper Andrew Grainger to open his account for the club.

On 72 minutes it was 3-1 as a delightful turn and pass from Luke Carr set up Jermaine Metz, who slotted past Grainger for his first goal for the club.

Benfield made it 3-2 in the 87th minute when a quick free-kick by Richie Slaughter gave Peter Glen-Ravenhill the chance to finish low past Hayes, but the Steelmen were able to see out the game to claim all three points.