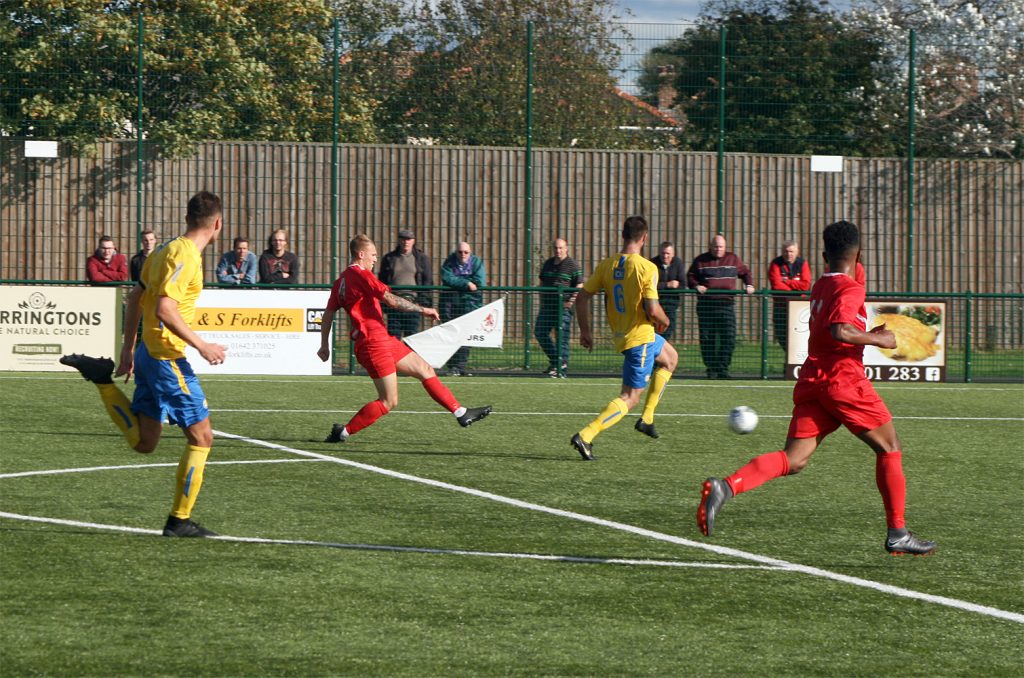 Consett came away from The Coverall Stadium with a 2-2 draw that they no doubt would have taken at kick off. There was disappointment, however, that a 90th minute leveller prevented them taking all three points against a Stockton Town side that came into the game boasting a 100% league record.

Another fine crowd of 438 were treated to a real heavyweight contest, and it was Consett who drew first blood in the 21st minute when Luke Carr dispossessed a home defender to release Dale Pearson who fired home from just inside the box, pictured.

The lead lasted until five minutes before the break when Jamie Owens created space for himself on the edge of the box before drilling an unstoppable shot into the top corner.

The Steelmen regained the lead in the 70th minute through Luke Carr who drilled a low shot home from 20 yards following good work from Ali Alshabeeb. They should have made the game safe eight minutes from time but Alshabeeb blazed over when well placed.

Stockton threw everything at Consett in the latter stages in search of an equaliser, and were rewarded when substitute Michael Roberts headed home at the back post from McWilliams’s brilliant cross.

In truth a draw was a fair result from a great game between two teams who will be there or thereabouts at the end of the season. Following the injury-time winner conceded to Newton Aycliffe earlier this month, however, Consett were once again left to rue a late loss of points.