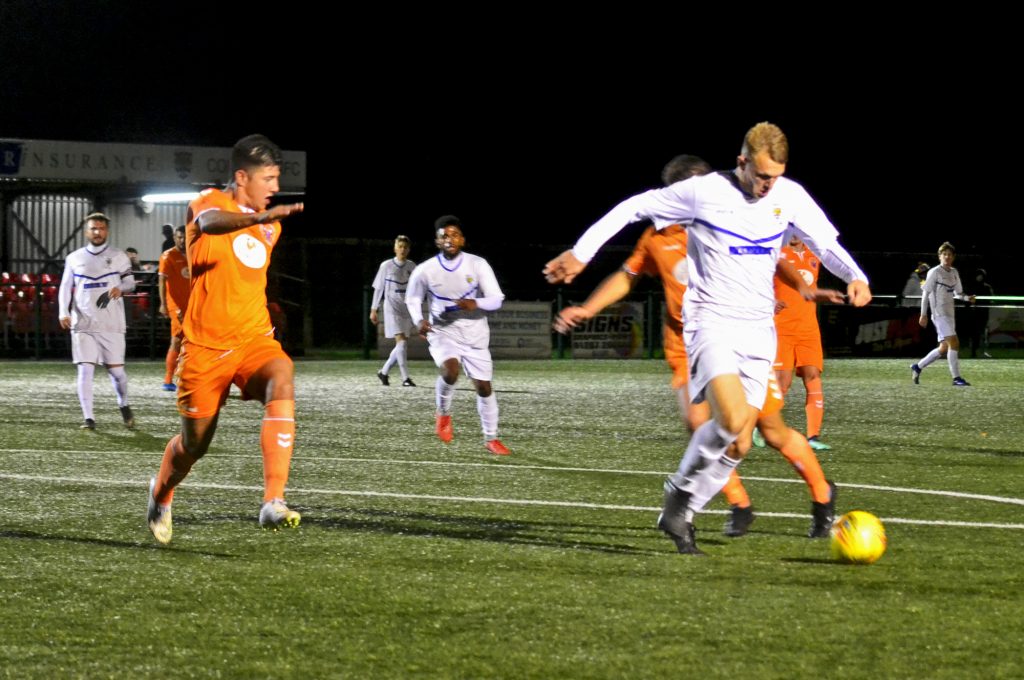 The victory means that with one game still to play, the Steelmen are virtually assured of progressing to the knockout stage of the competition.

They had to come from behind twice to claim the three points in the Group D game, with the Teessiders leading twice in the first half.

The visitors opened the scoring after just three minutes when Consett went to sleep at a throw-in. The ball was crossed in deep from the right, headed back into the middle, where Thornaby captain Joe Scaife-Wheatley was on hand to make it 1-0.

It took just four minutes for Consett to level, as Thornaby failed to deal with a corner, and Andrei-Vasile Ardelean headed in from close range to make it 1-1.

It was a good, open game, with both sides intent on attacking, and Pearson almost gave Consett the lead with a cross from the left which caught on the breeze and hit the bar.

Nick Allen almost scored in the 21st minute with a fine acrobatic effort from a left-wing cross, but Thornaby keeper Adrian Beblowski pulled off a superb save, diving low to his right to scoop the ball away.

On the half-hour the keeper then saved well from Pearson, and Consett penalty claims were waved away as Ali Alshabeeb appeared to be fouled as he prepared to finish the loose ball.

Seconds later the Steelmen were behind again, as a swift counter-attack saw Thornaby striker Daniel Chapman make it 2-1.

A minute before half-time it was all square again, as Alshabeeb found Luke Carr at the end of a mazy dribble, and the No 10 finished into the bottom corner.

The first minute of added time saw Consett go in front for the first time, with a superb goal from top scorer Calvin Smith. The midfielder picked the ball up 20 yards out, looked up, and curled an unstoppable effort into the top-right corner to give his side a 3-2 half-time lead.

Thornaby looked dangerous on the break all night, and in the 56th minute Ian Ward made it 3-3 via the underside of the bar.

The last half an hour belonged to Consett, and if it hadn’t been for Thornaby keeper Beblowski, the home side would have enjoyed a comfortable victory.

He made fine saves from Carr, Jake Orrell and Alshabeeb before Dale Pearson got what proved to be the winner in the 80th minute. Carr fed the ball to the in-form striker on the edge of the box, and he unleashed a thunderbolt into the top corner to make it 4-3.