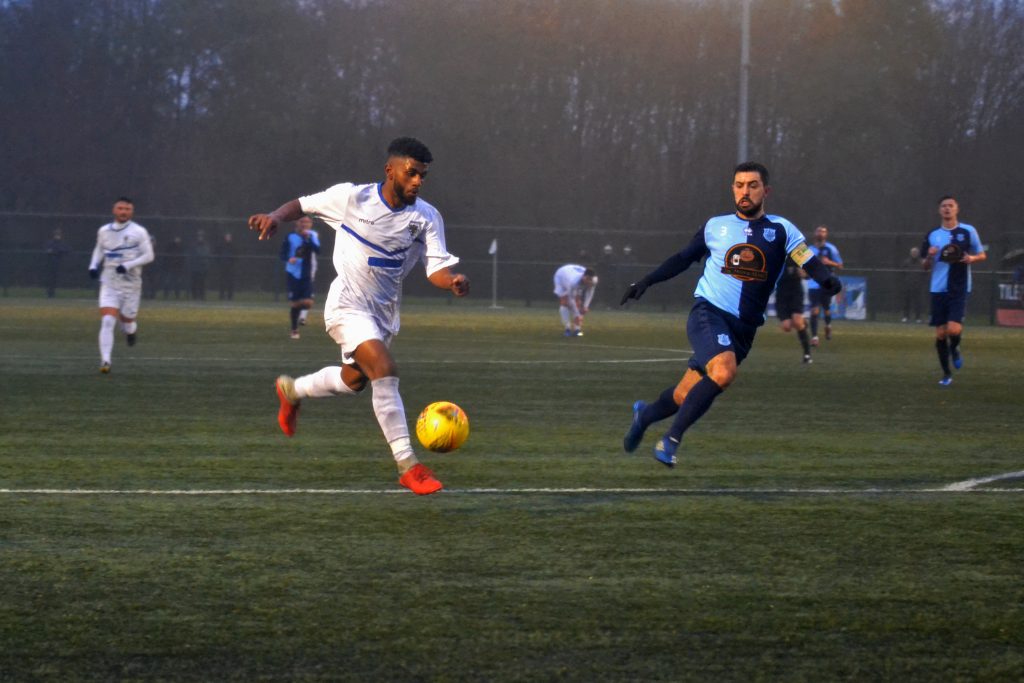 Consett went second in the Northern League after a 3-1 win over Bishop Auckland at a soggy Belle View Stadium today.

The game was one of only four top-flight matches to beat the weather, and the Steelmen would have recorded a much bigger win had it not been for yet another excellent display by visiting keeper Nick Liversedge.

Consett took the lead in the 11th minute when Ali Alshabeeb outmuscled defender Darren Richardson to beat him to the ball and pulled it back for Calvin Smith to fire home from 10 yards, for his 12th goal of the season.

Liversedge then made half a dozen good saves to keep Bishops in the game, but there was nothing he could do about Consett’s second goal, three minutes before half-time.

Midfielder Jake Orrell threaded a pass through for Ali Alshabeeb, whose pace and trickery was causing all sorts of problems, and he rifled the ball into the roof of the net.

Luke Carr almost made it three in the 52nd minute, only to be denied by a superb Liversedge save, diving full-stretch down to his left.

On 55 minutes it was 3-0, as Alshabeeb’s cross from the right picked out Dale Pearson at the back post, and although Liversedge appeared to have saved the striker’s shot, the linesman signalled that the ball had crossed the line before Carr made sure.

It was the big striker’s 19th goal in 20 games since joining the club from Blyth Spartans, and he has only failed to get on the scoresheet once in the last 13 games.

On 72 minutes Pearson thought he had his 20th of the season, only for the linesman to flag for an offside earlier in the move and rule out the ‘goal’.

Bishops did reduce the arrears on 75 minutes when a poor defensive clearance let in James Fairley to make it 3-1, but Consett saw out the game without further danger to record their 8th win in their last 9 games in all competitions.