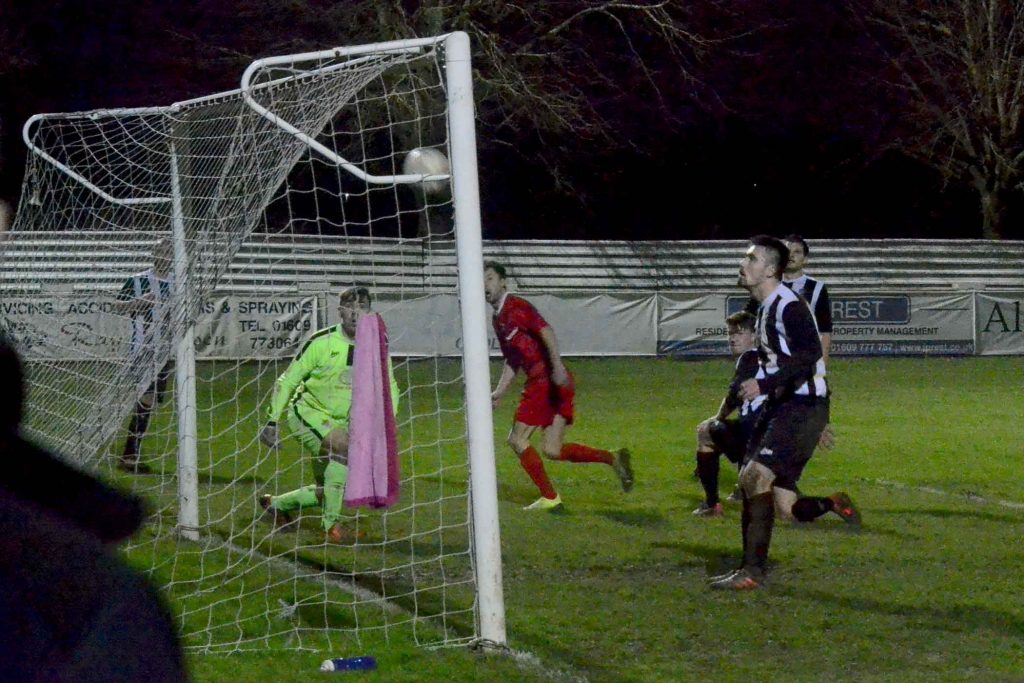 Consett dominated from start to finish in their first league visit to Northallerton Town in more than 10 years today, but had to settle for a point after a goalless draw.

The Steelmen started the new decade how they finished the old one, by being by far the better side, but lacking a finishing touch to defeat dogged opponents.

Consett took the game to their bottom-of-the-table hosts, and had enough chances in the opening 15 minutes to have been out of sight by half-time.

Ali Alshabeeb had the first after two minutes, but chipped the ball just wide in a one-on-one with the keeper, and Matty Slocombe saw a 20-yarder deflected over a few minutes later.

Consett should have taken the lead on seven minutes when the keeper fumbled Alshabeeb’s effort from the edge of the box, but Luke Carr fired the loose ball over the bar.

On 11 minutes Dale Pearson broke quickly for a corner and his pass played in Jake Orrell, but keeper Tom Dawson stood up well to save. From the resulting corner skipper Arjun Purewal powered a header goalwards, which came back off the post with the keeper beaten.

On 33 minutes Carr thought he should have had a penalty after appearing to be hauled over by centre-back Neil Pattinson as he cut in from the right, but the referee waved away his appeals.

The opening minute of the second half brought another good chance for Consett, after Orrell played the ball across the face of the goal after a neat one-two, but no one attacked the pass and another opportunity had gone begging.

Carr’s cross from the left picked out marauding right-back Jermaine Metz, whose header was tipped round the post by Dawson. Then Carr flighted a 25-yard free-kick just wide of the left-hand post.

Consett had another shout for a penalty on 63 minutes when Orrell’s pass picked out Pearson, who went down under challenge from Jack Proctor, but again the referee waved away the visitors’ appeals.

Consett brought on two attackers, Andrei-Vasile Ardelean and Michael Mackay, as they strived for a winner, and a great cross by Mackay teed up Ardelean in the 79th minute, but he missed the ball and the chance was gone.

Carr hooked an effort just wide from Metz’s cross, and you got the feeling it might not be the Steelmen’s day in the 83rd minute when Mackay flicked the ball goalwards after good work by Orrell, only to see it come back off the bar, pictured, and Lee Brockbank’s superb block denied Dale Pearson an easy finish from the loose ball.

Consett laid siege to the Northallerton goal, but the home side defended resiolutely, as they had all afternoon, and their frustrated visitors had to settle for a 0-0 draw – just their second of the season.