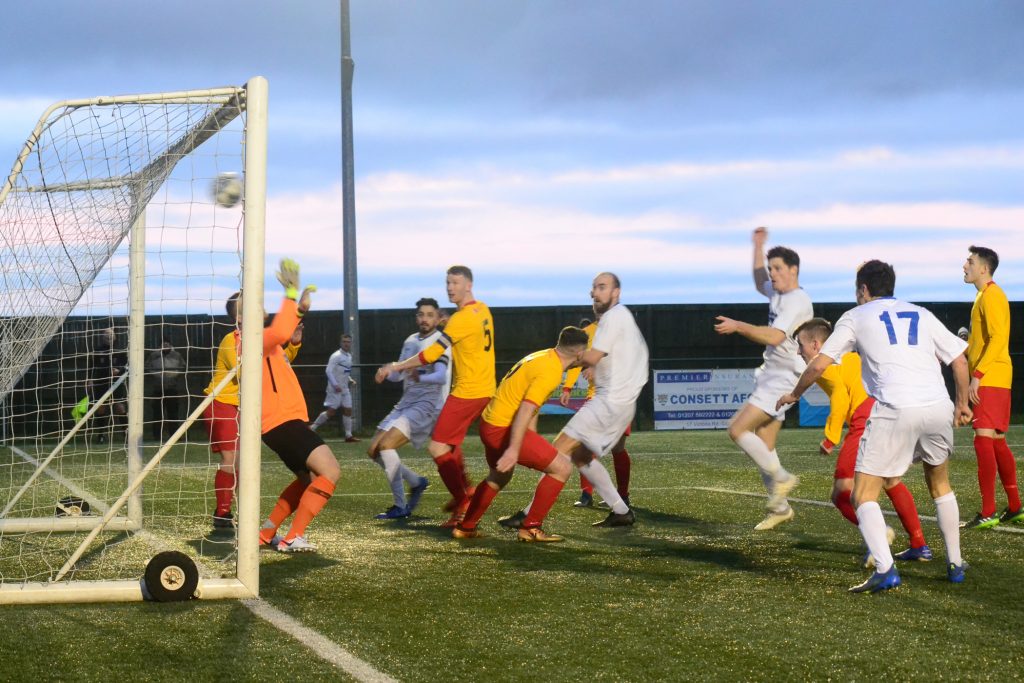 Consett stayed right in touch with the leading pack in Division One of the Northern League Division One today with a 4-1 win over Ashington at Belle View Stadium.

The Steelmen took the lead after just four minutes, when a fine pass from Luke Carr picked out left-back Nick Allen‘s run into the box, and he hooked the ball over the keeper.

On 34 minutes Consett doubled their lead with a superb goal. Michael Mackay switched play from the left with a wonderful crossfield pass. Thomas McAloon laid it off first time, and Matty Slocombe beat the keeper with a controlled lob for his second goal in four games.

Two minutes before half-time the game was as good as won when Luke Carr picked up possession and smashed home an unstoppable effort from 25 yards.

Consett thought they should have had a penalty in the 66th minute when Mackay seemed to be bundled to the ground as he went to meet Carr’s cross from the left, but the referee waved away their appeals.

But there was no denying the fourth goal when it did arrive, as Calvin Smith powered home a header, pictured, from Jake Orrell’s right-wing corner on 75 minutes.

The visitors pulled a goal back three minutes later when substitute Lee Scott fired past Kyle Hayes, but it was a mere consolation, as Consett remained in control, and almost added a fifth goal through Mackay, whose well-struck shot was superbly turned away by Adam McHugh.

A home defeat for Shildon by league leaders Stockton means Consett are now just three points behind the third-placed Railwaymen, with a game in hand, and a fixture between the sides at Belle View still to come.