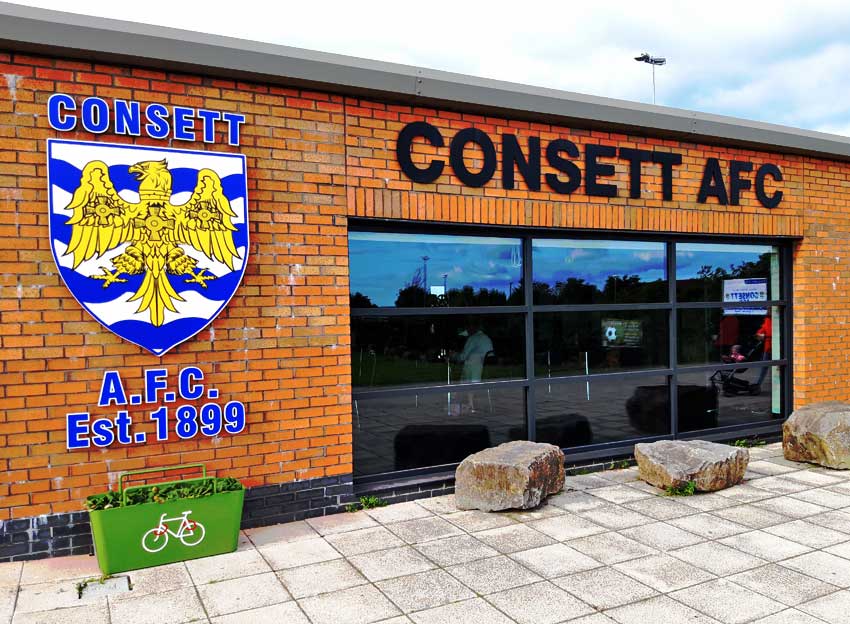 Consett have decided to make the home leg of their FA Vase semi-final v Bitton AFC – the biggest game in the club’s history – an all-ticket match.

The second-leg tie takes place at Belle View Stadium on Saturday, March 28, a week after the first leg down in Gloucestershire.

Tickets are on sale from the club from 11am on Wednesday, March 11. Admission has been kept at our usual matchday rate – £7 for adults, £5 for concessions, and £2 for under-16s.

It is hoped making the game all-ticket will ease queueing on the day, as a record crowd is expected. Tickets are available in person from the ground, to cash sales only.

The attendance of 866 for the FA Vase 5th Round game v Deal Town last month was the biggest for a competitive fixture at Belle View since it opened in 2013.