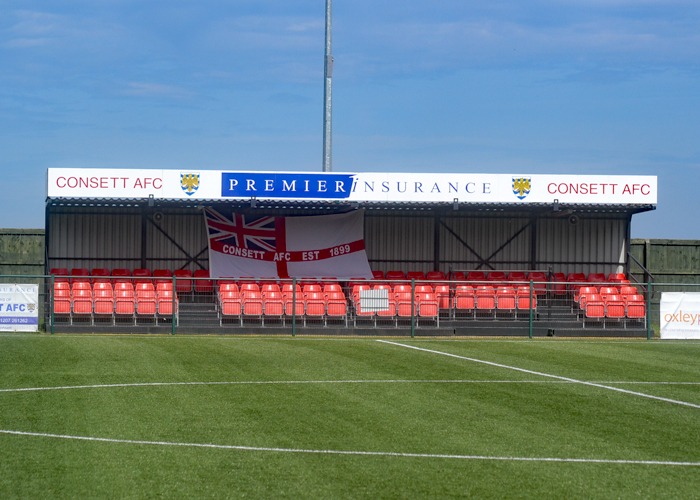 Consett’s 2019-20 Northern League season is over after the FA advised all Step 5 and 6 leagues to end immediately due to the coronavirus pandemic.

The FA decided that the ongoing restrictions on sport due to Covid-19 has made finishing fixtures impossible, and ordered that all leagues at our level conclude now.

The FA announced today that all football in England below the three divisions that make up the National League will end immediately, with all results expunged from the record.

It means there will be no promotion or relegation in these leagues, which includes to and from the Northern League’s 1st and 2nd Division.

The setting up of the FA’s new Step 4 league, due to come into effect next season, has been deferred until the start of the 2021-22 season.

The FA looked into extending the season and or use a mechanism to calculate final league tables and preserve promotion and relegation.

The FA said it is “reviewing all options” to complete the FA Cup, which has reached the quarter-final stage, and other cup competitions, including the FA Vase.

An FA statement said: “These are challenging circumstances for English football, and all decisions taken are in the best interests of the game.

“Our primary concern will always be for the safety and welfare of clubs, players, staff, officials, volunteers and supporters during this unprecedented time.

“Today’s steps take into account the financial impact during this uncertain period, whilst considering the fairest method on how the sporting outcomes for the season will be decided, with the integrity of the leagues in mind.”