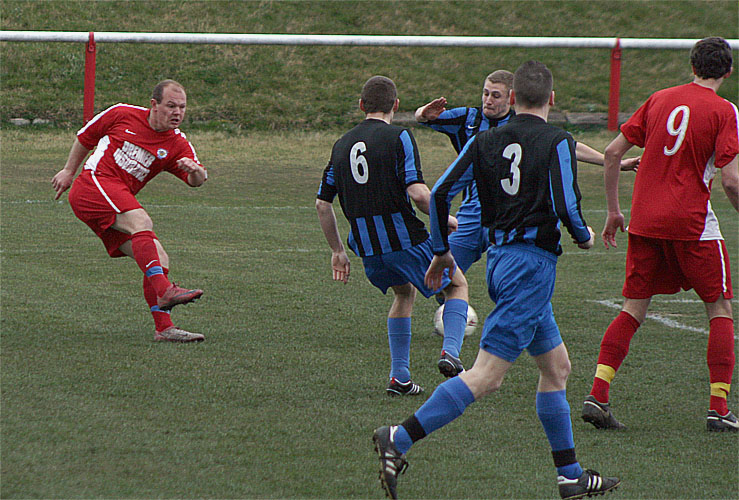 After a torrid week which had seen manager Kenny Lindoe hospitalised with a heart attack, and damaging defeats by Whitley Bay and Newcastle Benfield, this win on this day nine years ago against relegated Ryton was just the tonic Consett needed.

Caretaker manager David Hagan used some squad players who hadn’t figured regularly. Young keeper Peter Jameson made his first start in place of Barry Poskett, and there were places for Dale Burrell and Andrew Cuthbertson in midfield, and Gavin Ross and Marc Walton, who was cup-tied against Benfield, up front.

Any thoughts that the game might produce an upset were dispelled inside the first four minutes, by which time Consett were two goals up.

They went ahead in the first minute, when a ball from Danny Craggs picked out Walton, who turned his man, leaving him on the floor, before finishing from eight yards out.

Three minutes later it was 2-0, and again Craggs was the architect. Mark Eccles played a ball out to him on the right from halfway, and his low, hard cross into the middle resulted in an own goal by centre-half Josh Watson.

On 11 minutes it was 3-0, and this time Cuthbertson was the provider. After a good passing move down the right, his cross picked out the unmarked Walton, who headed home from 10 yards.

Consett had a strong penalty shout turned down on 16 minutes, when Cuthbertson’s shot appeared to hit a defender on the arm, but the referee wasn’t interested.

On 38 minutes Craggs made it 4-0, taking Kieran Megran’s pass, and teeing himself up for a crisp volleyed finish by knocking the ball over the defender’s head.

When the half-time whistle went, Consett keeper Jameson hadn’t had a save to make, as a 25-yard free-kick from Michael Lowdon which dipped over the bar was all Ryton had offered in an attacking sense.

Mark Patterson, recalled from a loan spell at Annfield Plain, came on for the second half in place of Robson, with Eccles taking the captain’s armband.

On the hour Consett went nap through Craggs, who took a touch after being fed by Burrell, before smashing the ball past Ryton keeper Iain Richardson.

In the 63rd minute Craggs completed a 25-minute hat-trick, arriving at the back post to drill the ball into the bottom corner from Burrell’s cross.

Consett created and missed several more chances, but missed them all, before Gavin Barton made it 7-0 with seven minutes left, heading home from six yards for his 22nd goal of the season – level with Jamie Poole.

Walton almost completed his treble too when a 30-yard free-kick was pushed over the bar. But when the final whistle went it was a welcome return to winning ways for Consett after their first back-to-back defeats of the season, with a first hat-trick for Craggs and Walton unlucky not to join him.