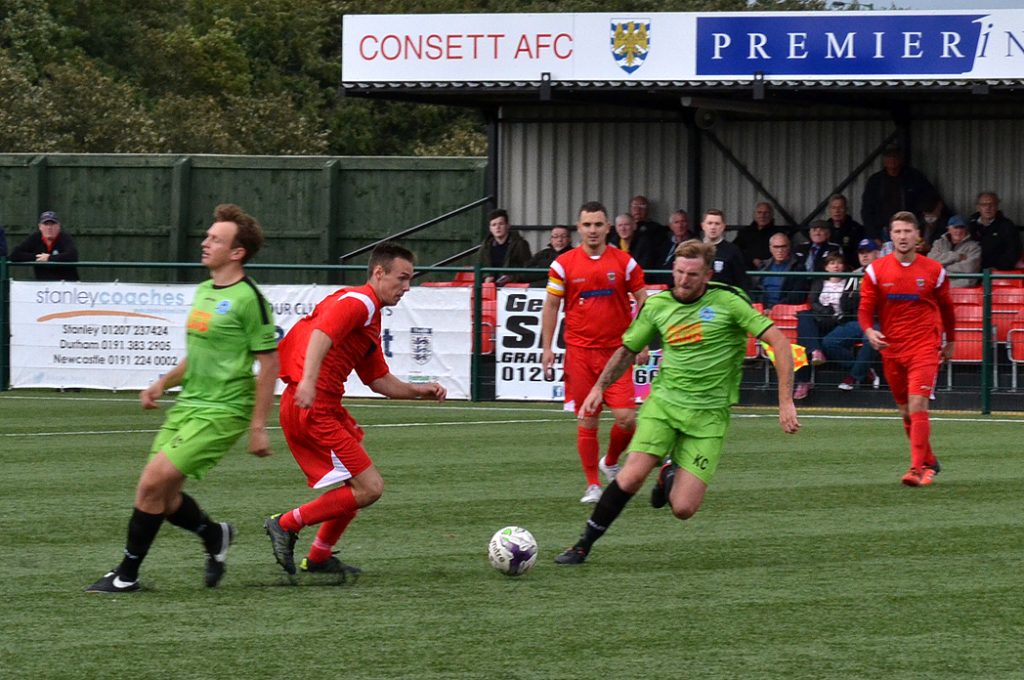 The game against The Pikes, who play in Division One North West of the NPL, will take place at Belle View Stadium at 2pm on Saturday, 15 August.

At present, Government and FA guidelines to prevent the spread of coronavirus mean the game must be played behind closed doors.

We have met once before, in the 2nd Qualifying Round of the FA Vase in season 2016-17, when Pickering won 3-1 at Belle View. Our goal was a late consolation from Michael Sweet.

Matty Slocombe, pictured in action above, is the only player involved in the game who is still at Consett.

Pickering were in the Northern Counties East League at the time, but were promoted at the end of the following season, and have been a Step 4 club ever since.

They play at the same level as our former Northern League rivals Dunston and Marske United, and it is hoped the friendly might become an annual fixture.