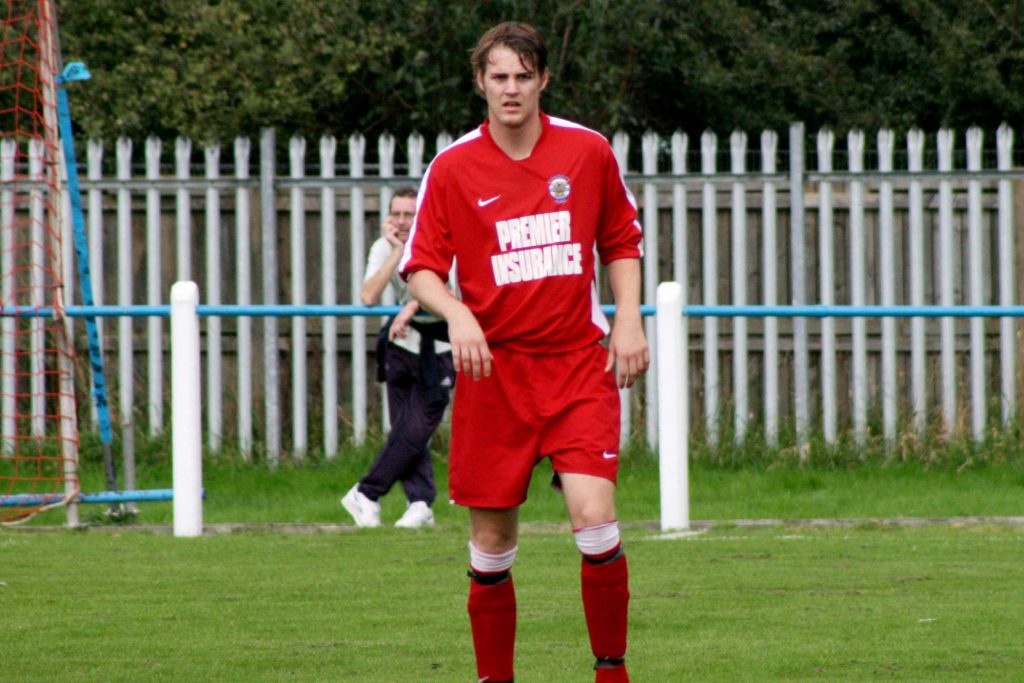 In fact, the Steelmen should have won the Division One encounter by a much larger margin and Adam Emson – who scored all the goals on the night, to take his tally to seven in two games – could quite easily have had a double hat-trick.

Manager Kenny Lindoe made only one change to the side that had beaten Billingham Synthonia in such fine style in the previous game. Steven Johnson returned from injury to partner Emson in attack in place of the unavailable Carl Heiniger.

Consett started where they had left off in the previous game, when they beat Billingham Synthonia 4-0, and should have gone ahead in the second minute. David Pounder’s cross from the left was deflected to Emson, who shot over from close range.

Six minutes later Emson was put in on goal by Johnson’s pass, but as he shot the ball bobbled up and the effort went wide.

In the 10th minute a good build-up led to Gary Ormston’s shot from the edge of the box being well saved by Ashington’s keeper – a young fella called Kyle Hayes (wonder what happened to him?).

But following the resulting corner the Steelmen took a deserved lead. The flag kick was only half cleared to Pounder, whose shot was well saved by Hayes, but Emson was on hand to tap home the rebound.

Ashington had offered little in the early stages, but on the quarter hour Cockburn jinked his way past two defenders before shooting straight at Consett keeper Paul Gilmore.

After 23 minutes Emson glanced a header just wide from Pounder’s free-kick, and then just after the half hour the unmarked Carl Piecha headed over from Pounder’s corner.

Consett got the second goal their play deserved three minutes before the interval. Andy Cuthbertson won possession in the final third of the field and set up Emson, who ran on and slotted past the helpless keeper.

Emson broke away again just before the interval, but shot horribly wide with only the keeper to beat.

Consett continued to dominate in the second period, and four minutes after the break they almost made it three. Ormston’s cross fell to Pounder, but his well-driven shot through a crowd of players was brilliantly saved by Hayes, diving to his left.

Cuthbertson missed a good chance to get on the scoresheet when he shot over the top from Emson’s cut back.

But the home side made the game safe with a third goal on the hour. The impressive Chris Scott played the ball forward to Emson who was just onside. The in-form striker ran on and gave the keeper no chance as he notched a second successive hat-trick.

Consett made a couple of substitutions, with Mattie Moffat and Jonjo Dickman entering the fray in place of Johnson and Cuthbertson.

With 10 minutes left Moffat saw his effort cleared off the line following a pass by Scott.

Ashington came into the game in the closing stages, but the closest they came to pulling one back was with eight minutes to go when substitute Lee Scott headed over from a corner.

But it was an excellent performance by Consett who looked good going forward, but also looked solid in defence, with the hardworking midfield three of Craig Robson, Andy Cuthbertson and Chris Scott particularly impressive.