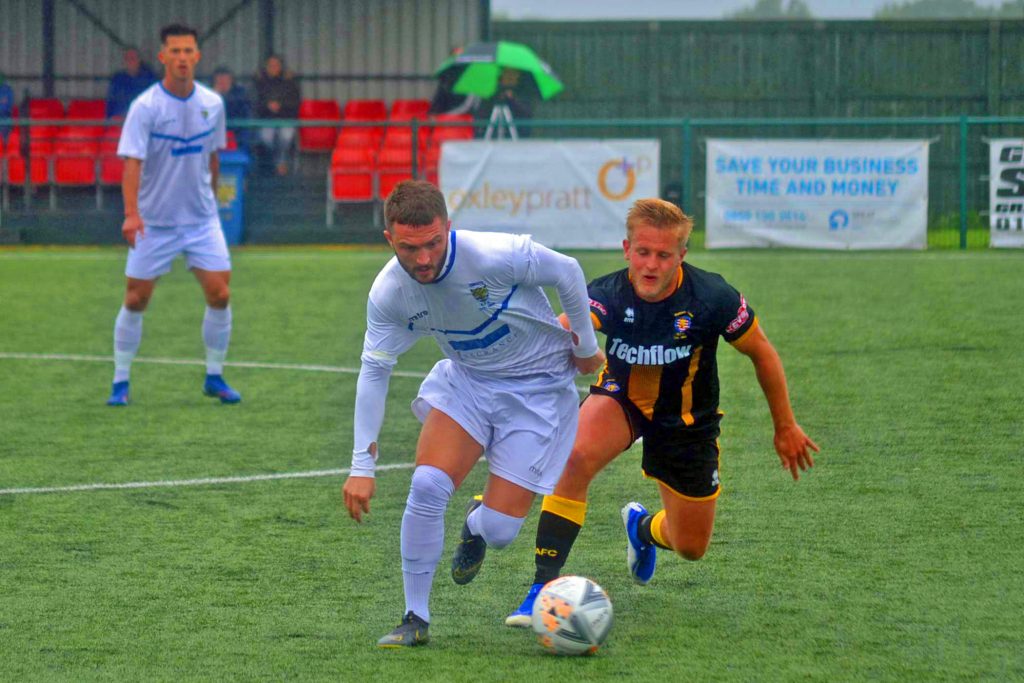 Consett AFC will be hosting our old friends Morpeth Town as we begin our preparations for the 2021-22 season.

The Highwaymen, now playing in the Premier Division of The Pitching In Northern Premier League, will visit Belle View Stadium on Tuesday 6 July, for a 7.30pm kick-off.

They were regular opponents as a Northern League side, until winning promotion as runners-up to Marske United in 2017-18.

They won the Division One East title in their first season in the Northern Premier League, 2018-19.

Like ourselves, their last two seasons have been disrupted, first by a null and void declaration and then a curtailment.

But, again like ourselves, they are looking forward to mounting a renewed promotion push in 2021-22.

We have met in pre-season friendlies at Belle View three times in recent seasons, with Morpeth Town victorious each time.

We’ll bring you more pre-season news as games are confirmed.