Consett’s hopes of climbing into the top six of Northern League Division One came off the rails when they lost 2-0 at home to Shildon after a well-below-par performance.

Consett had the first sight of goal when Luke Carr’s pass sent Matty Cornish away in the right-hand channel, but he chose to shoot instead of looking for a target in the middle, and was off target.

David Palmer went close at the other end after good play down the right, and Shildon made strong appeals for a penalty when Joe Posthill’s cross hit Nick Allen, but the referee ruled it was his chest rather than arm.

A glorious threaded pass by Carr then sent Cornish clear in a similar position, but his first touch let him down and keeper Shaun Newbrook was off his line quickly to smother the ball.

The Railwaymen took the lead in the 14th minute, when Consett skipper Arjun Purewal was harshly judged to have fouled ex-Steelman Michael Sweet when he appeared to have won the ball in a tackle. Palmer swung in the free-kick, and Kurt Matthews lost his man and headed home to make it 1-0 to Shildon.

The goal gave Shildon confidence, and Heywood fired over the bar with his left foot after cutting in from the right. Darren Holden picked up a yellow card on 17 minutes when he pushed over Posthill to halt a threatening run. The full-back was then involved at the other end, meeting Jake Orrell’s excellent diagnonal pass first time, but unmable to steer his shot on target.

On 31 minutes the visitors almost doubled their lead when Jack Vaulks headed powerfully goalwards from a corner, but Kyle Hayes made a fine reaction save. Then Posthill fired a shot just wide of the right-hand post after cutting in again from the flank.

Hayes was called into action again three minutes before the break, when the Consett defence failed to deal with a long ball, but he stood up well to save from Sweet, and then punched the loose ball clear as the striker looked for the rebound.

Shildon had the first chance of the second half, five minutes in, when Dean Thexton had his first sight of goal from 20 yards, but he fired wide. A poor short pass by Hayes to Smith saw Sweet steal the ball, and he wanted a penalty after a high challenge by Purewal, but the referee gave a corner.

Consett’s best chance of an equaliser came in the 57th minute, when Lewis Green threaded a pass to Jake Orrell, but Shildon keeper Shaun Newbrook saved with his feet.

That was the only stop he had to make all game, as those in front of him defended robustly, putting their bodies on the line to make tackles, win headers and block shots. 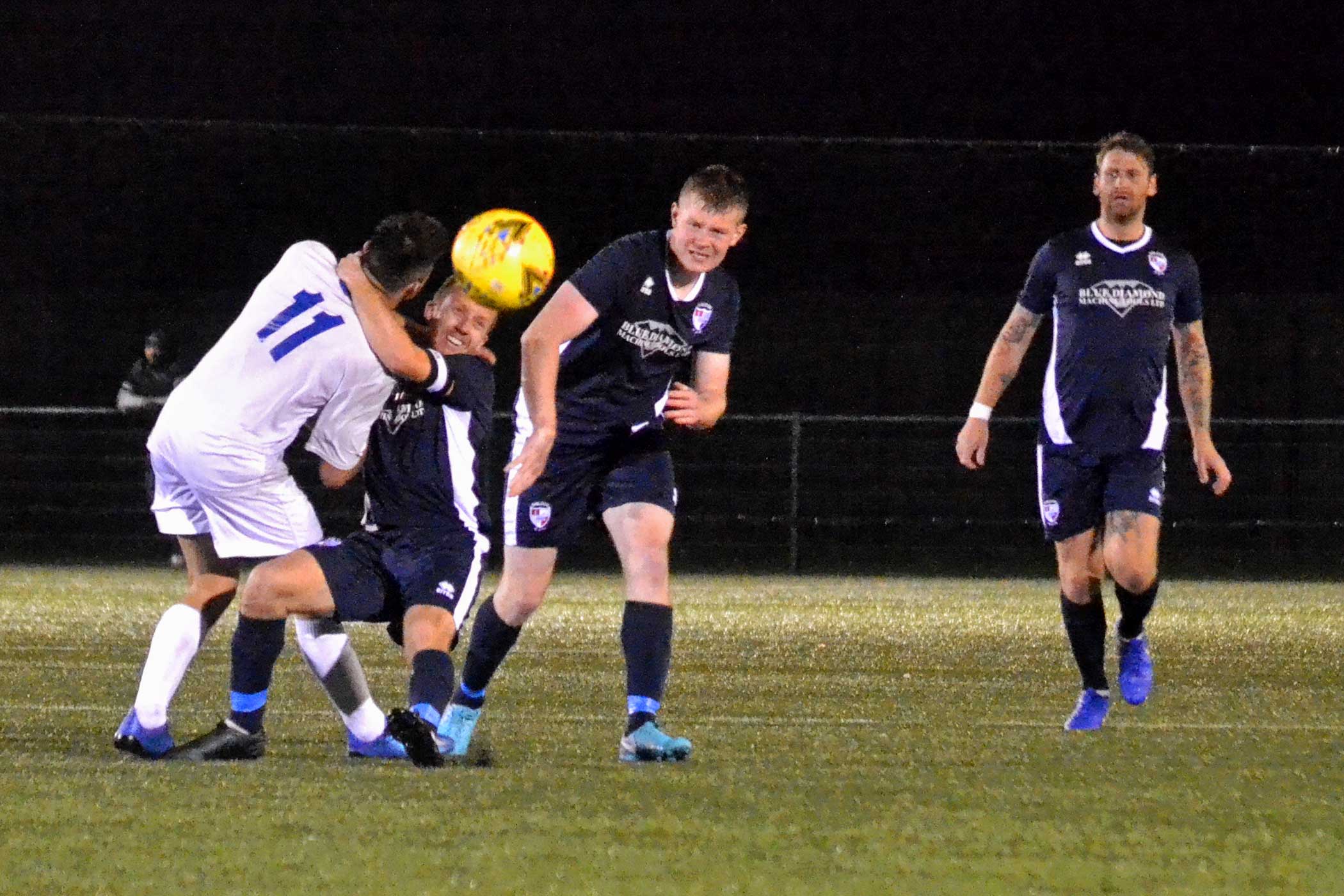 Their second goal, which clinched the game, came on 77 minutes, when Consett lost possession just inside in their own half. Left-back Dominic Curl played the ball to Thexton, whose lay-off set up Michael Sweet to bury it in the bottom corner.

The final scoreline could have been even more emphatic; old boy Danny Craggs wasn’t too far away with a well-struck 25-yarder after coming on as a sub, and Matthews rattled the bar from distance after a superb takedown.

Consett had been out-fought and out-thought long before the final whistle, on a night when they were second-best all over the pitch.
ATTENDANCE: 150