Consett are in the next round of the FA Cup after Luke Carr’s goal was enough to edge a close-fought 1st Qualifying Round tie against Stockton Town at Belle View.

Meetings between the sides in recent years have usually resulted in goal-laden thrillers, but Carr’s strike on the hour, pictured above, was the only one of a clash between two top-quality teams.

Clear-cut chances were few and far between in a tight first half, which featured some good flowing football from both sides.

Dale Pearson came closest to scoring when he hit the post in the 17th minute, and Stockton keeper Callum Roberts made a good save to deny Calvin Smith from the rebound.

Ross Wilkinson and Arjun Purewal both had half-chances from corners, but failed to trouble the keeper, but it wasn’t all one-way traffic.

Stockton winger Kevin Hayes was presented with a golden chance when Consett failed to clear a cross, but dragged his shot wide, and midfielder Shane Henry also fired wide.

Just before half-time the Steelmen were grateful to keeper Kyle Hayes when he saved from his namesake with his feet after the wide man went on a surging run.

Stockton had the first chance of the second half, and again Hayes had to be at his best to keep out a dipping effort from Tom Portas, tipping it over the bar.

The vital goal came on the hour when Darren Holden fed Luke Carr, who took a couple of touches to work a shooting space for himself before burying a left-footed shot into the corner from just inside the box.

Stockton replied well, with Hayes again making a smart save with his feet to deny Henry, and Mikey Roberts had an effort cleared off the line by Ross Wilkinson after a rare mix-up in the otherwise solid home defence.

On 82 minutes Consett thought they had a second goal to put the game to bed, when Matty Cornish finished after being sent clear by Lewis Green’s excellent pass, but the frontman was controversially ruled offside. 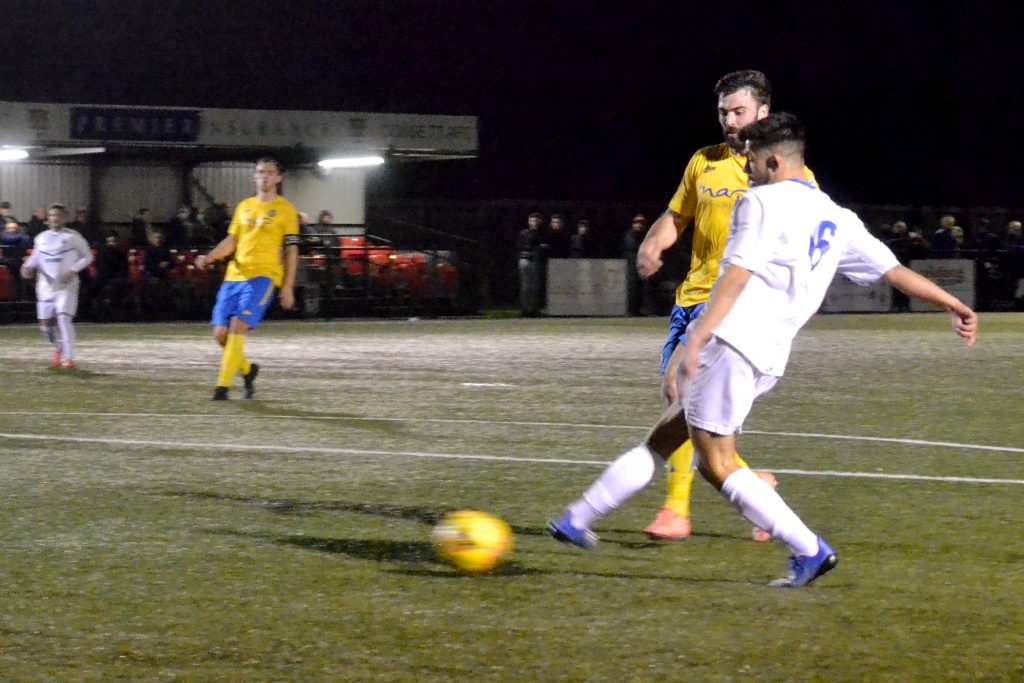 Stockton went to three at the back and threw the kitchen sink at their hosts in a bid to force a goal and take the game to a penalty shootout, but the Steelmen, with Purewal and Wilkinson outstanding, held firm to record a 1-0 victory.

It is Consett’s name which goes into the draw on Friday, which is when the National League big guns join the competition.
ATTENDANCE: 300