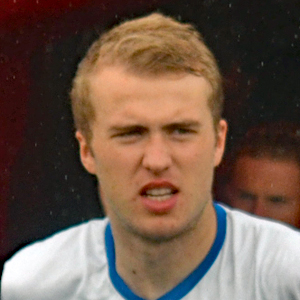 Adam, who can play in defence or midfield, had four years at Hartlepool United as a youngster, but his progress was halted by a broken leg. When he left Victoria Park in summer 2016 he signed for his hometown club.

He made his first-team debut as a sub in a 4-1 win v Ryhope CW in August 2016, during Mark Eccles’ time as manager, and was a key member of that season’s  quadruple-winning Consett U21s side.

After getting more first-team games under his belt in 2017-18, including a sub appearance in the Durham Challenge Cup final win over Dunston, he was named Breakthrough Player of the Year.

A graduate of Durham University’s highly-rated football side, Adam has had a break from Northern League football, but returned to full training in pre-season with a view to regaining his place in the squad. Has 32 first-team appearances to his name, but is still looking for his first goal.