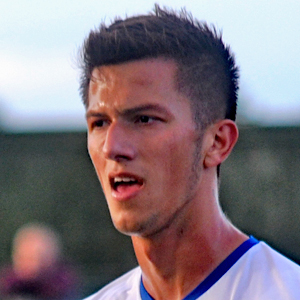 Andrei, who was born in Romania, captained Durham County Schools U18s to the national cup finals, and scored 29 goals in 19 games at New College Durham U18s in 2016-17.

His form brought him to the attention of Northern League clubs, and after a brief spell with Guisborough Town he signed for Team Northumbria in January 2017.

He scored 11 goals in 20 games, helping them to promotion as Division Two runners-up. After a year with TN in the 1st Division he signed for Blyth Spartans last season, but played just five games before being loaned out to Whitley Bay.

He scored 13 goals in 30 games at Hillheads, and was named Supporters’ Player of the Year. Signed for Consett in the summer of 2019.