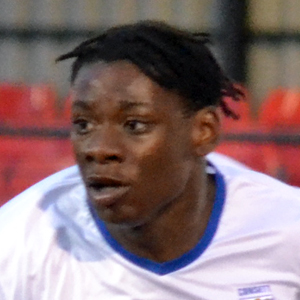 Tricky forward ‘Tino’ was signed from North Shields, where he came through the youth team ranks, on 8 December 2019, while still just 17.

A member of Consett manager Terry Mitchell’s Newcastle United Foundation team which is based at Belle View, he turned 18 on 2 January 2020.

Made his debut as a substitute v Seaham Red Star in the Durham Challenge Cup on 21 January 2020, and came off the bench again in the League Cup game v Whitley Bay a week later.

He had a spell on loan at Northern League 2nd Division side Ryton and Crawcrook Albion in 2018-19, but is still waiting for his full Consett debut.