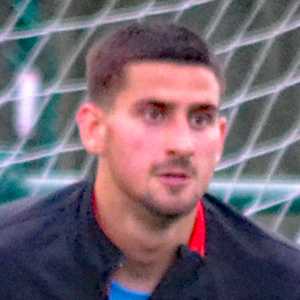 Joe, 22, is a big, imposing keeper who was signed on dual registration in November 2019 as cover for Kyle Hayes during the FA Vase run. He was an unused sub in the quarter-final win at Atherstone.

After spending time in Maltese football with Santa Lucia FC and St Andrews FC he signed for Spennymoor Town, at the start of 2018-19 season, and had a spell out on loan in the Northern League with Ryhope CW.

He started last season as Spennymoor’s No.2 keeper, but failed to win a first team chance, and was released in February.