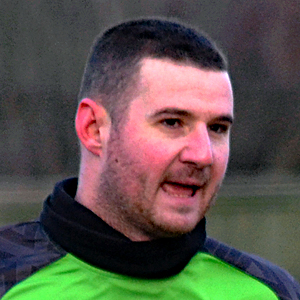 Kyle made his Northern League bow with Ashington back in 2008-09, and has also played for West Allotment Celtic, Morpeth Town and Whitley Bay, where he was named Northern League Young Player of the Year in 2010-11.

He was first choice at Hillheads for two seasons before moving to Spennymoor Town, where he won the league title in 2014, and he did the same after a move to Shildon in 2016.

He then had a season and a half at North Shields, and joined Consett permanently in February 2018 after a successful loan spell. He has been our first-choice keeper ever since.

A key member of our Durham Challenge Cup-winning side in 2018, he followed tha with an excellent season in 2018-19, missing only three games and being named joint-player of the year.

Ever-present during our run to the 2020 FA Vase final, he played every minute of every game, and made some vital saves, not least in the 6th Round at Atherstone.