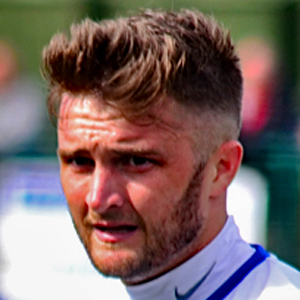 Signed in June 2018 from Newcastle Benfield, Luke is one of our most creative players.

At Carlisle United and Gateshead as a youngster, he made his name at Morpeth Town, where he scored 16 goals in 49 games in 2015-16, including one at Wembley as the Highwaymen won the FA Vase.

In his first season at Consett he quickly became a popular figure in the dressing room, scored 12 goals and more than twice as many assists.

His second season, 2019-20, saw him appointed vice-captain, and he reached double figures in terms of goals before Christmas, including a hat-trick in the FA Vase at Irlam.