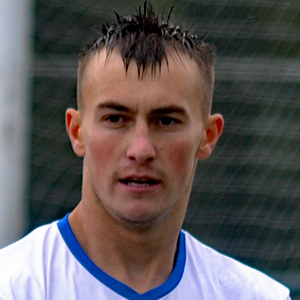 Young striker Michael returned for a second spell at Belle View in the summer of 2019 after a couple of seasons playing for Willington in the Northern League 2nd Division.

His initial stint at the club saw him promoted to the first-team squad after impressing for the Under-21s, where he was top scorer with 28 goals as they won all four trophies available to them in 2016-17.

He made his first-team debut v West Allotment Celtic on 21 January 2017, and showed in a trio of appearances off the bench that his raw pace and workrate make him a real handful for even the most experienced defender.

Now 22, with a couple of years in the Northern League under his belt, it’s time to harness that raw talent and prove that he can be a regular goalscorer at the higher level.