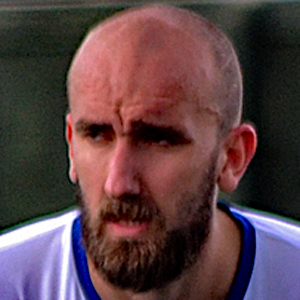 Previous clubs: Whitley Bay, Durham City, Shildon, Mansfield Town, Leeds United
Biography: Ross is a big centre-half who signed from Whitley Bay on 8 March 2018. He had been at Hillheads for the last two seasons, having previously been at Durham City, Shildon, Mansfield Town and Leeds United. A commanding presence at the heart of the defence, he is good in the air, and has scored some vital goals for his previous clubs. Made his debut in the 3-1 win over Bishop Auckland on 24 March 2018, but was signed too late to play a part in the Durham Challenge Cup triumph.