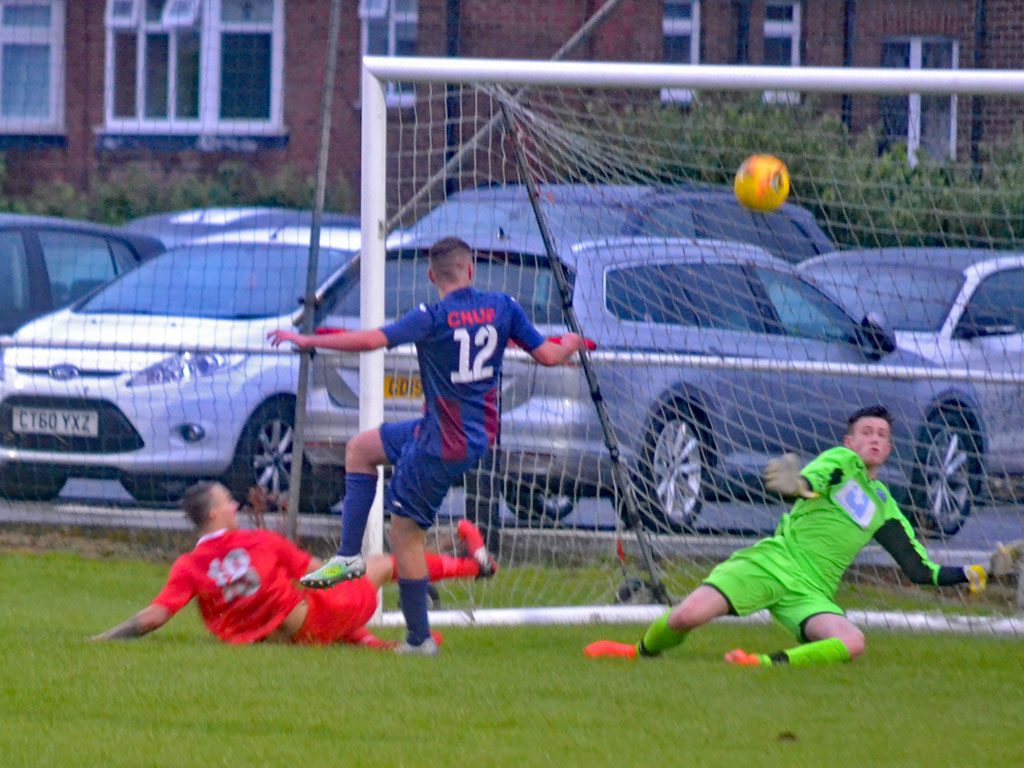 Consett are still unbeaten after four pre-season games – but had to make do with a draw in their latest friendly at Heaton Stannington tonight.

The Steelmen had the bulk of possession and the better chances, but the match at a rain-soaked Grounsell Park ended 0-0.

Calvin Smith had the best chance of the first half, but his well-struck effort from the edge of the box was turned onto the post by Stan keeper Jonny Ball.

Andrei Ardelean and Jermaine Metz also had chances before the break, but couldn’t hit the target, and Consett’s dominance was such that keeper Kyle Hayes was virtually a bystander.

The second half was a different story, and as the incessant drizzle became torrential rain at times, the game began to open up.

Five minutes into the second half a free-kick skidded in from the right and was cleared off the line by Consett skipper Arjun Purewal, and on the hour Hayes made an excellent reaction save from Stan sub Joe Kerridge.

The nearest the game came to a goal was in the 88th minute, when sub Michael Brown got on the end of an excellent cross from the left, only to be denied by a superb point-blank save by Stan’s second-half keeper Joe Brook.