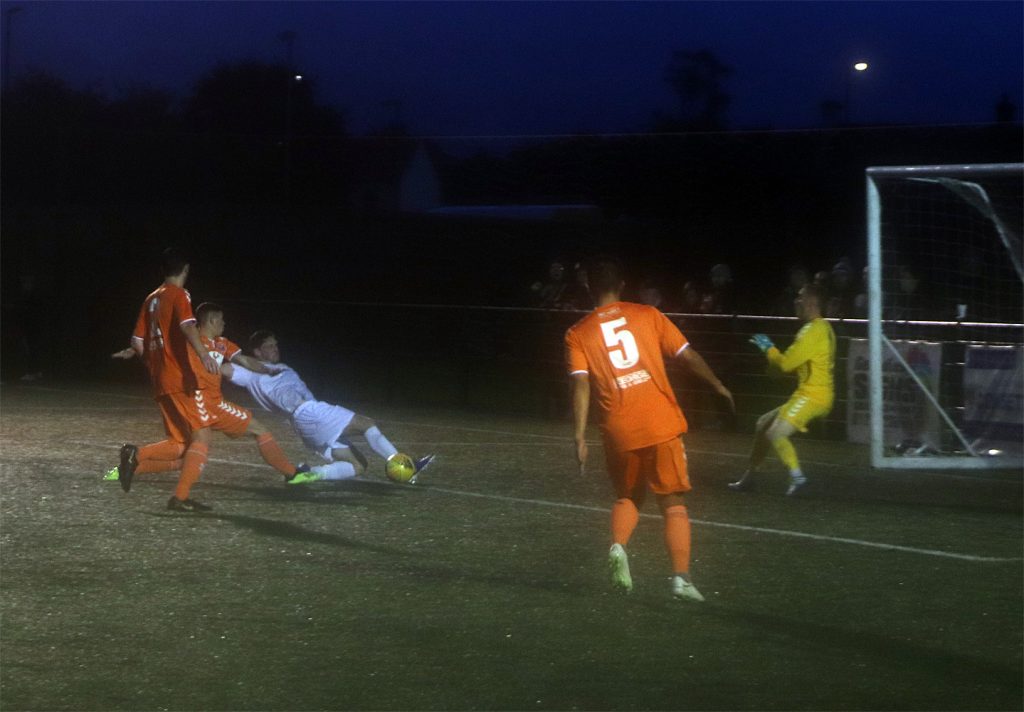 Consett were held to a 1-1 draw by newly-promoted Thornaby at wet Belle View Stadium this evening.

A poor first half ended goalless, but it was the Teessiders who had the better of things. The best chance of the half fell to Thornaby’s Daniel Chapman six minutes before the break but he blazed over when well placed.

The home side took the lead in the 58th minute when Ali Alshabeeb crossed from the right and Calvin Smith slid in to bundle the ball home (pictured).

Both sides had their chances to claim the three points with Arj Purewal‘s header that skimmed the crossbar being the closest. In the end though, a draw was about the right result