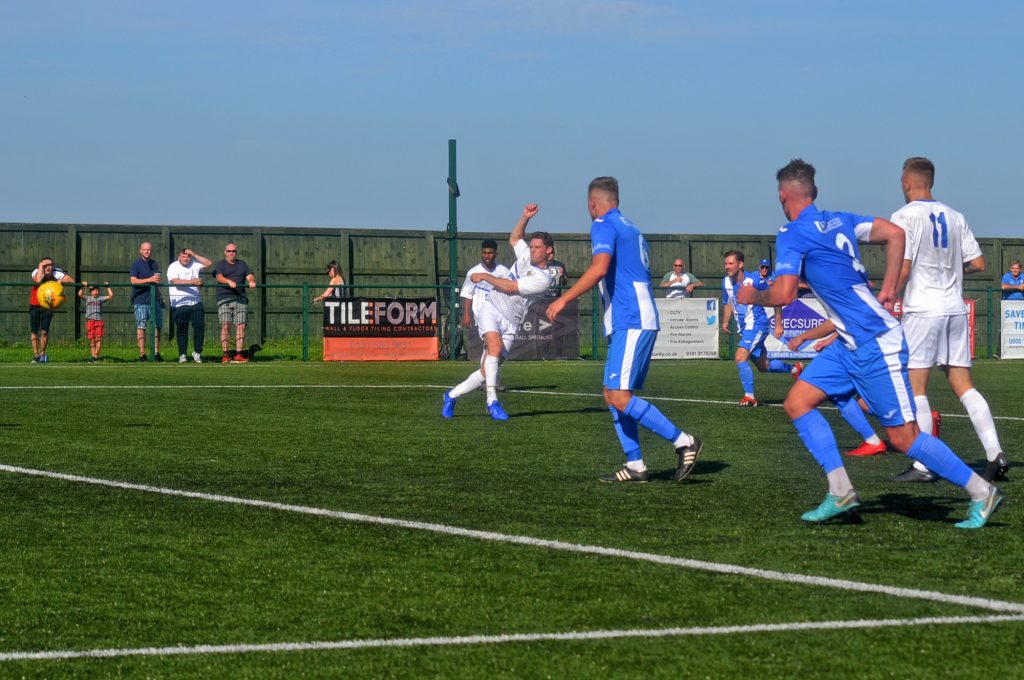 Consett had to settle for a point after a 1-1 draw at a sun-drenched Belle View against a dogged Whitley Bay side despite making enough chances to win three games.

The Steelmen had new striker Dale Pearson making his debut up front, and he had the ball in the net on 15 minutes after running on to Jake Stafford’s pass, but was ruled offside.

The Seahorses took the lead against the run of play in the 28th minute when a great run down the left by James Martin saw him set up Adam Shanks to score from close range.

Consett thought they had equalised in the 37th minute when Ross Wilkinson fired home against his former club after the keeper had saved Calvin Smith’s shot, but the defender was flagged offside.

Whitley keeper Dan Lister was in excellent form, and made an outstanding save from Smith in the 62nd minute, flinging himself full-length to his left to palm away a well-struck drive.

Luke had a shot cleared off the line by Thomas Graham-Bage as Consett pressed hard for an equaliser, and Lister denied Wilkinson and then substitute Joe Sloan from close range.

Consett got the goal their pressure deserved in the 74th minute when Darren Holden’s shot crashed back off the post, and Calvin Smith smashed home the rebound, pictured, for his fourth goal of the season.

More chances came and went as Consett pushed for a winner, but the Bay defence and keeper laid their bodies on the line to take home a point.