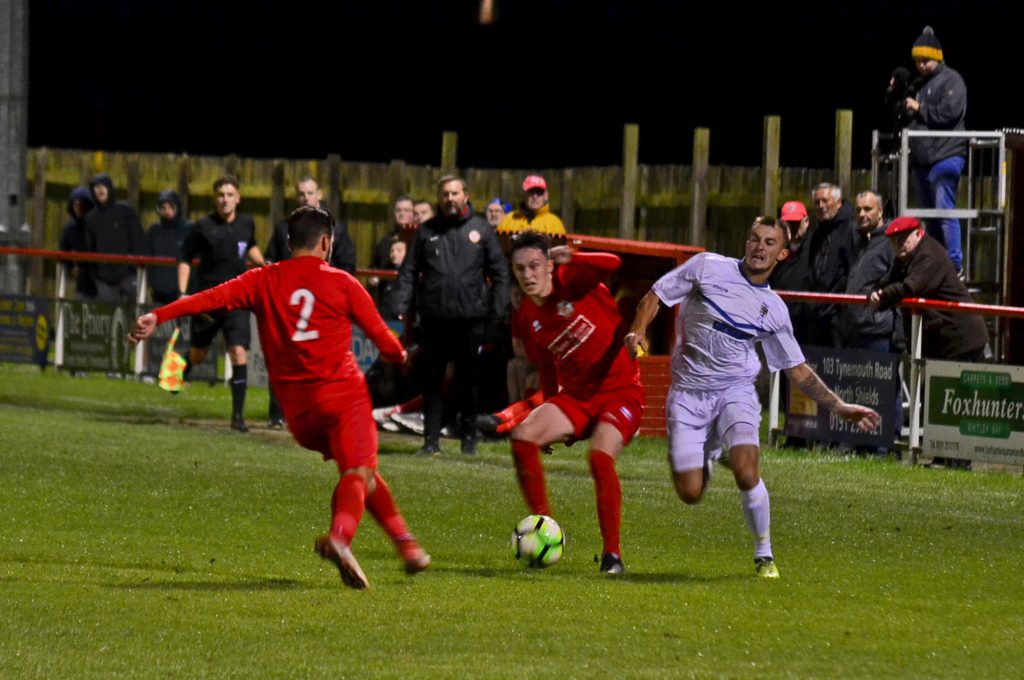 Consett missed the chance to move into the Northern League’s promotion places when a lacklustre first hour cost them three points at North Shields.

The Steelmen found themselves three goals down just a couple of minutes into the second half, and although they scored twice to make it 3-2, they couldn’t find an equaliser.

The home side took the lead on 19 minutes when a cross from the right found Paul Van Zandvliet at the back post, and he headed it back across goal, where it just about crossed the line after hitting the crossbar and post.

Jake Stafford fired just wide and Nick Allen brought a good stop from Shields keeper Greg Purvis as Consett responded, but right on half-time they conceded a second when they failed to deal with a corner, and Connor Campbell forced the ball home from close range.

Two minutes into the second half it was 3-0, as the visitors gave away possession cheaply in midfield and Ryan Carr hammered home a screamer from 25 yards.

When Luke Carr hit the post for Consett it looked like it might not be their night, but they reduced the arrears on 67 minutes when a free-kick was half-cleared to Calvin Smith, who drilled the ball into the bottom corner for his sixth goal of the season.

Michael Brown came on in place of Andrei-Vasile Ardelean to make his second debut for the club, and his pace and workrate gave the attack a different dimension.

Jermaine Metz made it 3-2 in the first minute of added time when his 25-yard shot squirmed through the grasp of Purvis and crept over the line. It was the full-back’s third goal of the season.

And the Steelmen almost grabbed an unlikely point when good work by sub Ali Alshabeeb set up Ross Wilkinson, who had been pushed up front, but the big centre-half couldn’t get enough on his shot to beat Purvis.

When the final whistle went seconds later, Consett were left to reflect on what might have been, while Shields could enjoy extending their unbeaten home run to five games.