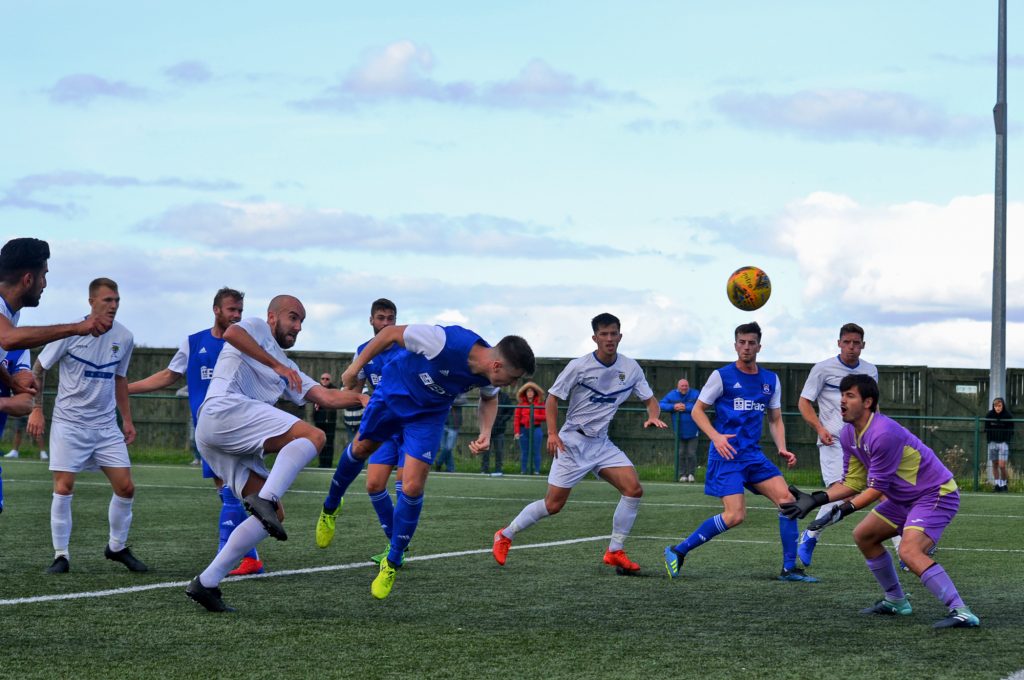 Consett were left licking their wounds this afternoon when a late goal saw them beaten 2-1 at home by Newton Aycliffe at Belle View Stadium.

It was the Steelmen’s first home defeat of the season, but they couldn’t complain after a well-below-par performance.

It took a Liam McNamara own goal right at the end of the half, pictured, to give them a 1-0 interval lead, as the defender put through his own goal from Luke Carr’s free-kick.

But Consett were grateful to goalkeeper Kyle Hayes for the fact they were still in the game at all at that point, as he’d made a string of good saves.

An improved start to the second half saw Consett create and squander a handful of opportunities, and the misses came back to haunt them in the 66th minute when Dean Thexton levelled from closer range.

When young substitute Joe Sloan was shown a straight red card for a two-footed tackle in the 84th minute, most Consett fans would have settled for a point as their side played out the game with 10 men.

But they were denied even that, as goalscorer Thexton turned provider in the third minute of added time for old boy Shaun Ryder to round Hayes and slot home the winner.