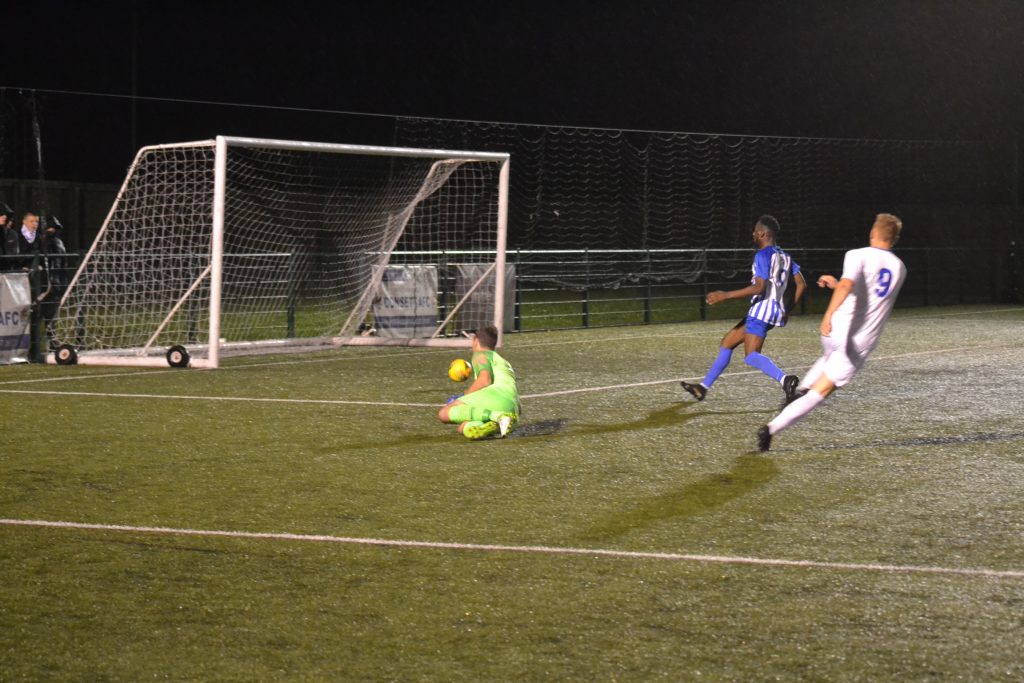 Dale Pearson’s first two goals for Consett helped his new club get their League Cup campaign off to a successful start against one of his old ones tonight.

The big striker scored twice as the Steelmen came from behind to beat Newcastle Benfield 3-1 at Belle View.

He hit the post in the goalless first half with a shot on the turn from David Brown’s cross.

But, after Peter Glen-Ravenhill gave the visitors the lead in the 62nd minute, Pearson opened his goal account nine minutes later, firing a 25-yard free-kick into the top corner.

In the 84th minute Pearson doubled his tally, shrugging off his man to run onto a Brown pass, cutting into the box and finishing through the legs of keeper Andrew Grainger.

And in the first minute of added times he turned provider, playing an excellent one-two with Ali Alshabeeb, who made it 3-1.