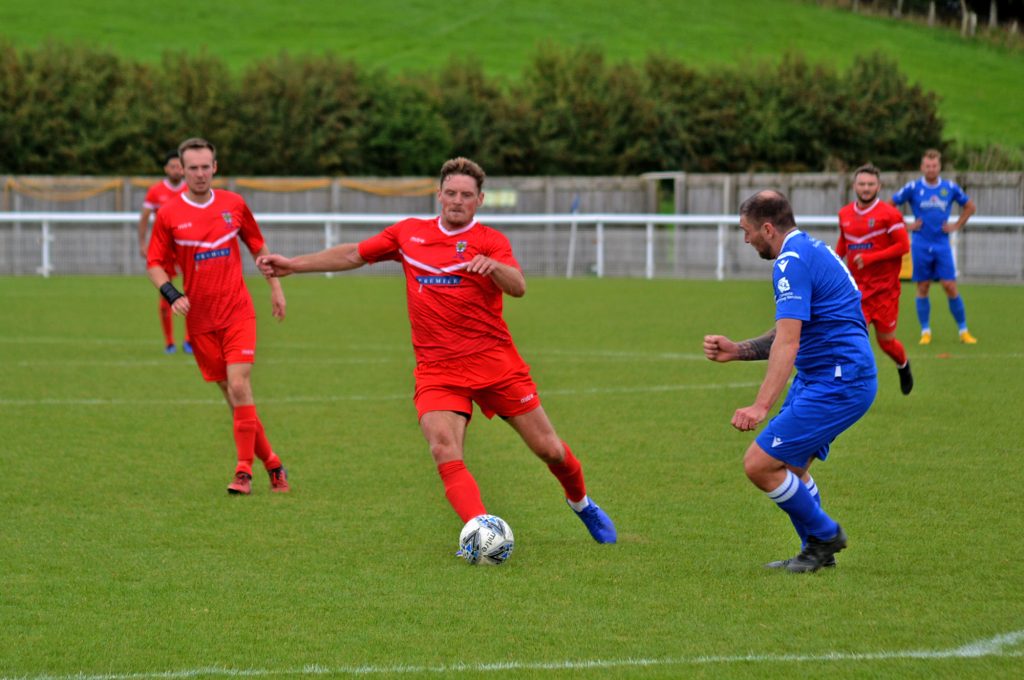 Consett rose to fourth in the 1st Division after a battling 2-1 win at Penrith today, but were left to count the cost of a bruising encounter.

The Steelmen had used all three substitutes when Nick Allen was felled by a poor tackle by home midfielder Adam Main with 10 minutes to go. After lengthy treatment he gamely continued, but the injury effectively reduced Terry Mitchell’s side to 10 men.

Luckily they were already two goals in front by this point, with Ali Alshabeeb giving them the lead on 28 minutes, and Calvin Smith doubling the advantage on the hour.

It was the midfielder’s seventh goal of the season, and he had a couple more opportunities to wrap up the points, but missed the target on both occasions.

Penrith goalkeeper Dan Staples – a former Consett player – made good saves from Dale Pearson and Andrei-Vasile Ardelean as the visitors tried to kill off the game.

But they were grateful to keeper Kyle Hayes for a fine performance at the other end, though there was nothing he could do to prevent Penrith’s consolation goal in the 93rd minute, as Max Brown finished from Main’s flick-on.

It was an important three points for the Steelmen, whose next three games are against the three clubs immediately above and below them – Guisborough (currently 3rd), Sunderland RCA (5th) and Stockton Town (2nd).