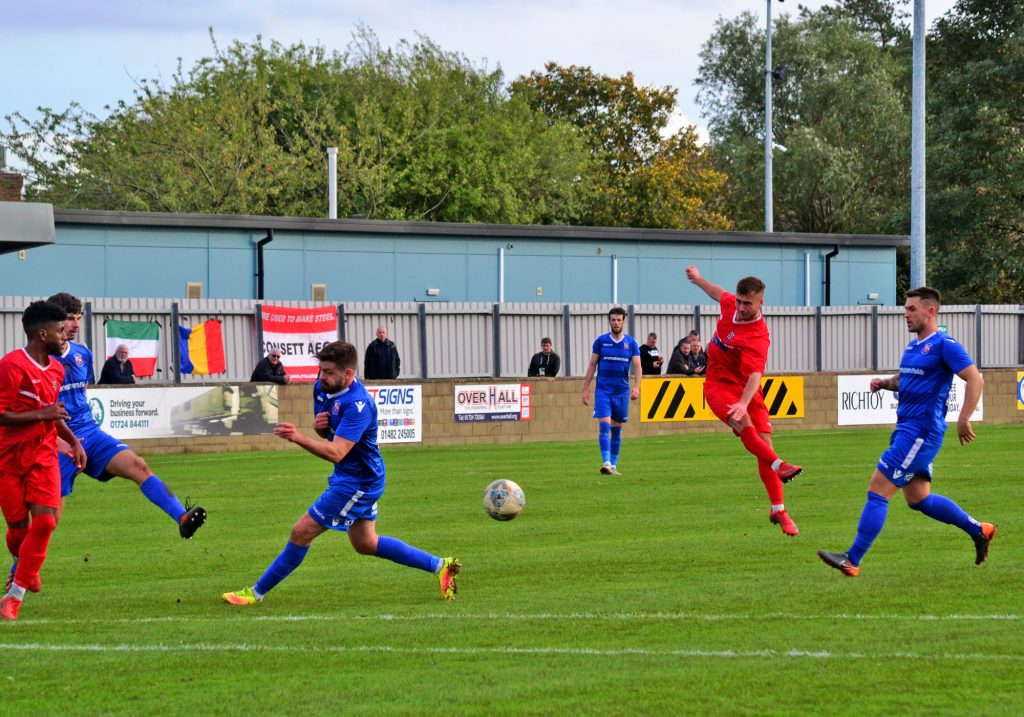 Consett showed their class to ease into the 2nd Round of the FA Vase today, recovering from an early hiccup to win 5-2 at Winterton Rangers.

The Steelmen went behind after just five minutes, when Paul Grimes put their NCEL hosts in front from the penalty spot after Ross Wilkinson had fouled Luke Anderson.

But in the space of 15 minutes they had turned the game on its head and led 3-1.

Right-back Jermaine Metz levelled in the 10th minute, smashing in a screamer from 25 yards.

Three minutes later Dale Pearson had given them the lead with his 10th goal of the season.

And in the 19th minute Nick Allen put Consett in control when he fired in from 20 yards for his first goal for the club.

Calvin Smith hit the bar with a half-volley and Pearson had a good penalty appeal turned down, and Consett reached the break 3-1 up.

Thirteen minutes into the second half it was 4-1 when Ali Alshabeeb and Pearson combined superbly to set up Jake Orrell.

Grimes pulled one back for Winterton on the hour to make it 4-2, but Orrell’s second goal a minute later ended any flickering hopes of a comeback.

It could have been more than 5-2, but Pearson had another good penalty shout turned down, and Matty Slocombe missed two gòod chances.

In the end it was a comfortable win, and Consett await Monday’s draw to see who they will face in the next round.