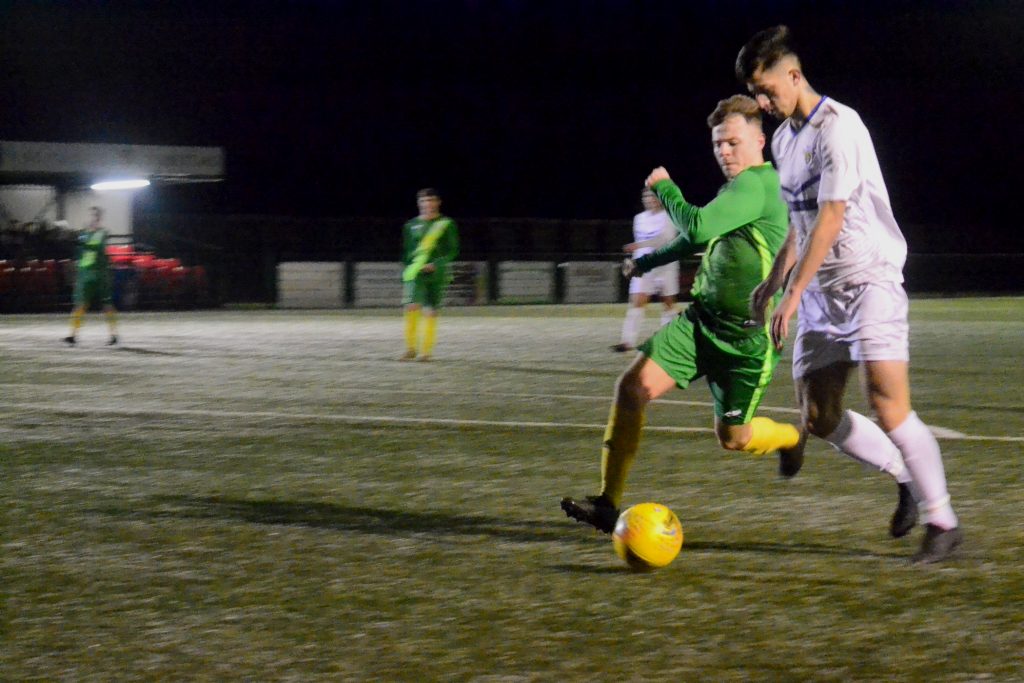 Consett extended their unbeaten run to 14 games as they eased into the quarter-finals of the Durham Challenge Cup with a 5-0 win over Esh Winning at a frosty Belle View.

He was repaid with a professional performance which saw his side sweep into an early two-goal lead against their 2nd Division opponents, and never relinquish control of the game.

Striker Andrei-Vasile Ardelean, given his first start in nine games, repaid the manager’s faith by opening the scoring on 10 minutes, firing home from eight yards after the visitors’ defence failed to deal with Luke Carr’s corner.

Two minutes later the Steelmen were firmly in control as Luke Carr fired a 22-yard free-kick into the top corner to make it 2-0.

Six minutes before half-time Carr struck again, taking his goals tally for the season to 11. He drifted in from the right and went past two defenders before unleashing a left-footed shot which gave the keeper no chance.

On 62 minutes a driving run took Wouter Verstraaten into the penalty area, and when he found his path to goal blocked he laid the ball off to Dale Pearson, who despatched it into the bottom corner for his 27th goal of the season.

And on 64 minutes the scoring was complete when Andrei-Vasile Ardelean got his second goal of the night, pictured, and his eighth of the campaign, after Verstraaten’s pass opened up the Esh defence.