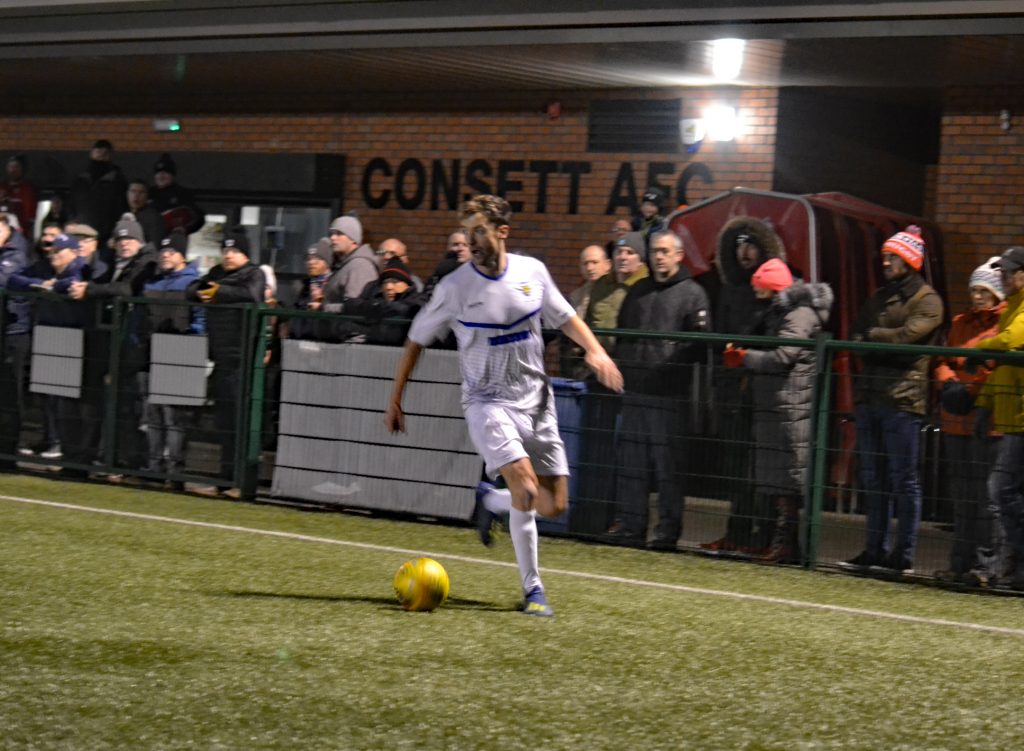 Consett made it 15 games unbeaten as they saw out the year – and the decade – at Belle View, but had to settle for a point after a 1-1 draw against a battling Newcastle Benfield side.

The visitors took the lead on 12 minutes with a Paul Brayson free-kick from outside the box, which he bent inside Kyle Hayes’ left-hand post.

Consett – who were missing the influential Jermaine Metz and playmaker Luke Carr – equalised with a setpiece of their own, as Ross Wilkinson rose highest to head home Jake Orrell’s left-wing corner a minute before half-time.

The Steelmen were much the better side after the break, but couldn’t find a way past visiting keeper Andrew Grainger, who made good saves from Orrell, Andrei-Vasile Ardelean and Dale Pearson.

The second period also saw the welcome return of striker Michael Mackay, pictured, who came on as a sub for Ardelean after returning from injury.

He almost set up a winner for Ali Alshabeeb, but the lively wide man’s header from Mackay’s cross came back off the post, and into the arms of the grateful Grainger.