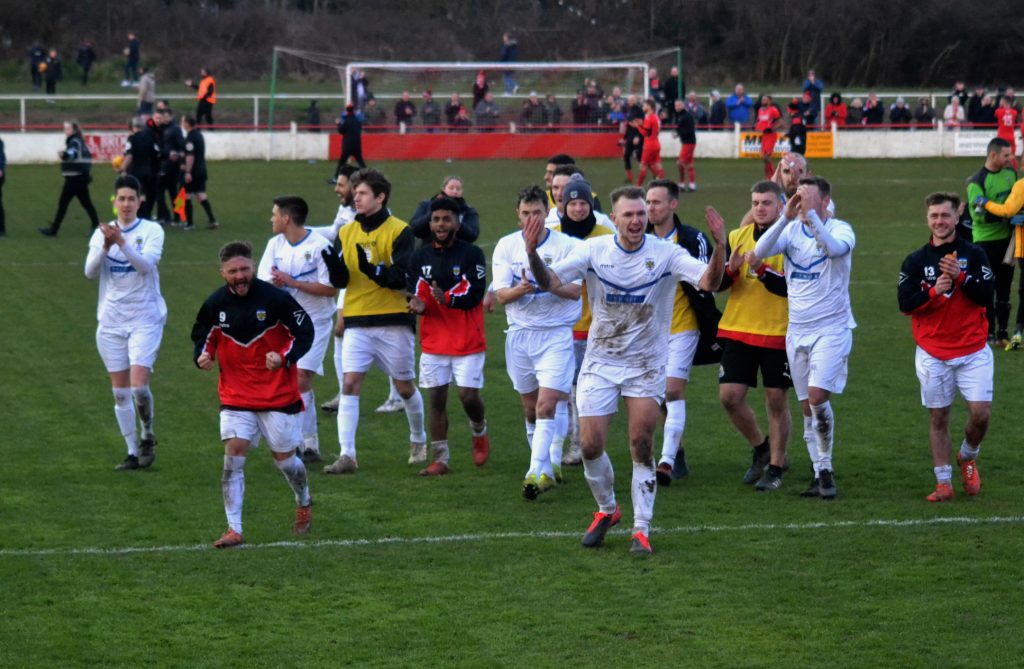 Consett are two games away from Wembley after a 3-1 extra-time win at Atherstone Town took them into the FA Vase semi-finals for the first time in club history.

They will face Bitton AFC in Gloucestershire in the first leg on Saturday 21 March with the return leg at Belle View a week later.

The Steelmen had to do it the hard way, coming from behind in front of a crowd of 950, including at least 250 travelling supporters.

Ryan Quinn gave the Adders the lead on 10 minutes when Consett failed to deal with a corner, and it remained 1-0 at half-time even though the visitors dominated possession and chances

Right-back Jermaine Metz levelled on 61 minutes, and although Consett had their hosts pinned back for long spells, they couldn’t find a winner in normal time.

Midfielder Calvin Smith headed Consett in front in the 100th minute, glancing in a header from Metz’s long throw.

And four minutes later the win was complete when Smith headed home again from a Luke Carr corner.

He almost completed his hat-trick in injury time with a 40-yarder which caught the keeper off his line, but Consett were denied by the woodwork for the third time in the game following earlier frustration for Carr and Dale Pearson.