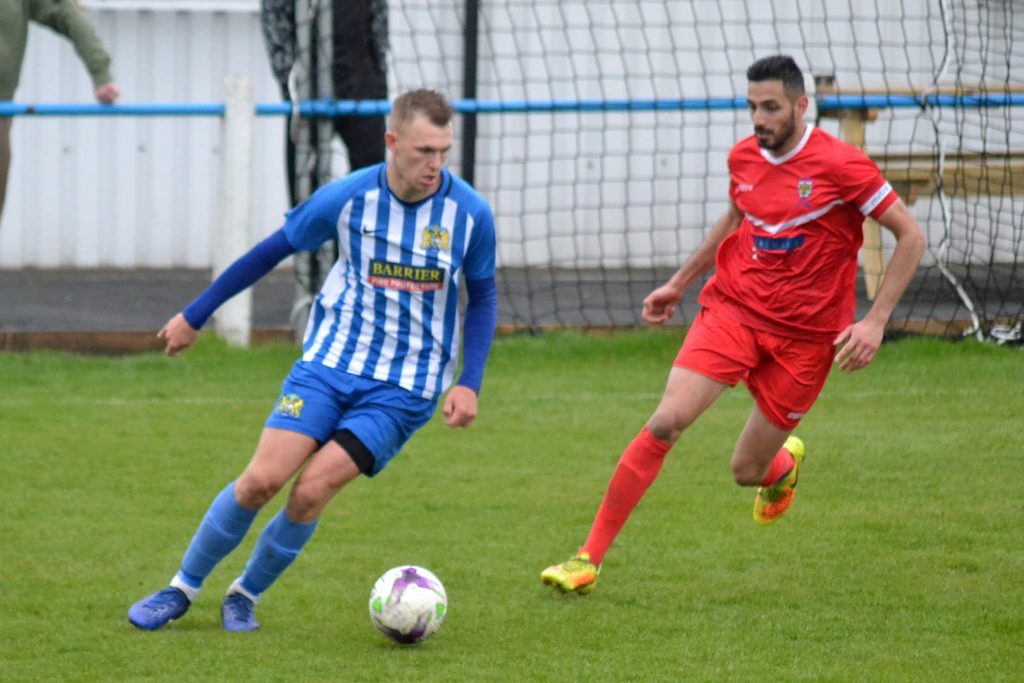 Consett gave their chances of finishing as runners-up behind champions Dunston a big boost on this day last year with a fully-deserved win at one of their bogey grounds, Newcastle Benfield’s Sam Smith’s Park.

Benfield included one former Consett player, Richie Slaughter, in midfield, with another, the evergreen Steve Bowey, among their substitutes. There were also two future Steelmen in the hosts’ ranks, midfielder Jake Orrell and striker Dale Pearson, who started on the bench.

Three minutes into the second half the Steelmen increased their lead, thanks to a calamitous piece of defending. There was no danger at all when Turnbull got the ball in his own box, but his attempted back pass fell woefully short of his keeper, and Nimmins was stranded as Sweet stroked home by far the easiest of his 27 goals for the season.

Consett were controlling the game, with Smith outstanding in midfield, and Sweet had another chance to complete his hat-trick in the 77th minute, but was denied by Nimmins as he tried to squeeze the ball between the keeper and his near post.

When the final whistle went, Consett were worthy winners of the three points, and with one game to go, were a point ahead of third-placed Bishop Auckland, and four ahead of Hebburn, who we meet in our final fixture, though both have two games in hand.