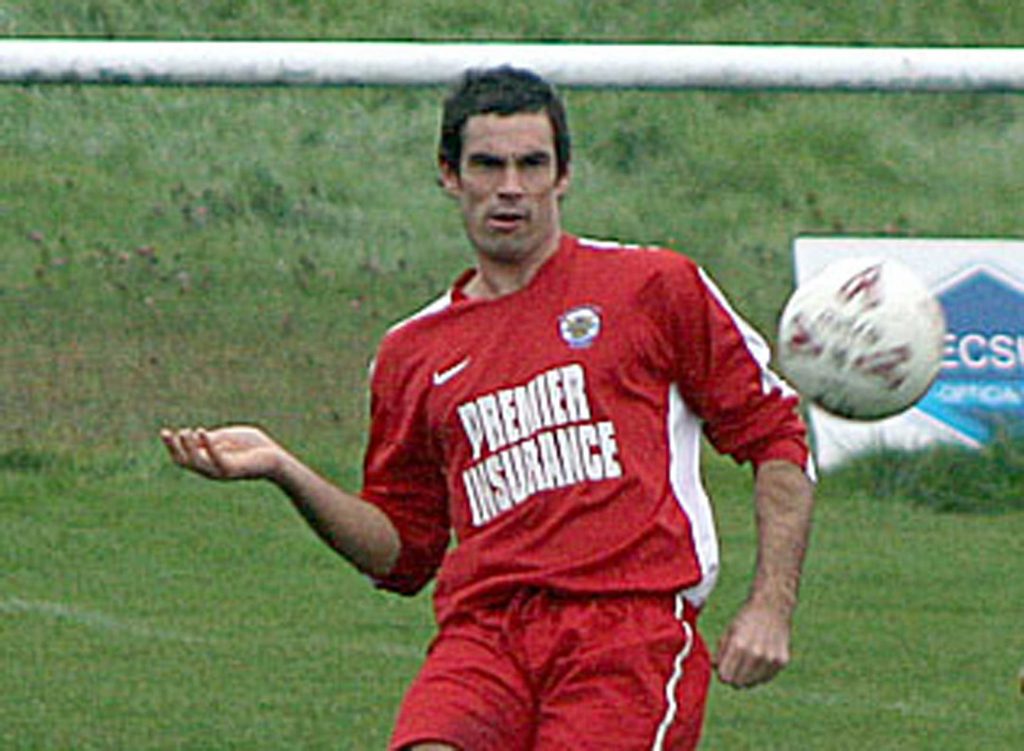 Consett’s lingering hopes of salvaging anything from a disappointing season disappeared in the Belle Vue mist on this day back in 2012 when they were beaten in a Monday night League Cup quarter-final by FA Vase finalists West Auckland.

The Steelmen were languishing in 18th place in the 22-team 1st Division, while their visitors were 3rd, and on a high after clinching a trip to Wembley after completing a 4-3 aggregate win over Herne Bay just two days before.

With this being the second of four games his side faced in eight days, Consett boss Kenny Lindoe made three changes to the side which had lost at South Shields at the weekend. Peter Jameson returned in goal in place of Barry Poskett, and Matty Slocombe and John Ewart came into midfield in place of the unavailable David Scorer and cup-tied Lewis Teasdale.

The visitors made six changes to the team which had clinched a Wembley spot at the weekend, and though former Steelmen Steven Brown and Steven Johnson were in the starting XI, striker Mattie Moffat was on the bench.

The changes clearly gave West fresh legs following their weekend exertions, as they went ahead on seven minutes through Elliott Gardner, whose shot across and through young keeper Jameson crept in at the far post, and the teenager will feel he should have done better with it.

He did better with a shot from Daniel Hindmarsh, while at the other end Michael Mackay was just wide with a chance from 15 yards which he made himself.

On 12 minutes West doubled their lead with a goal-of-the-season contender. Ewart lost the ball out on the left, and Brown picked out Hindmarsh on the left angle of the penalty area with a glorious 30-yard crossfield pass. The No 9 hit a dipping volley over Jameson’s head and into the top right-hand corner – an unstoppable effort.

On 38 minutes West carved out another chance. Mark Hudson exchanged passes with Gardner before playing in Hindmarsh, but Jameson was equal to his low shot.

Five minutes before the break Consett made a decent opportunity of their own, Dale Burrell feeding Mackay, whose shot was parried away by Billy Hanson. The ball looked like it was going to run loose to Gavin Ross, who was playing up front in place of Teasdale, but centre-half Ross Preston reacted quickest to hack the ball away.

When the resulting corner was only half-cleared, Jack Stanger was unlucky to see his chipped effort from 25 yards clear the bar.

It remained 2-0 to Peter Dixon’s side at half-time, but Consett rallied in the second half, and pulled one back on 58 minutes through defender Ryan Bell, pictured top, who headed home Burrell’s free-kick for his first goal of the season.

A minute later Bell almost doubled his tally for the season when he wasn’t too far away with a low drive from 25 yards from a lay-off by Stanger. Consett were the better side now, but still had Jameson to thank for saving with his feet from Martin Young. who was sent through by Hindmarsh.

By the midway point of the half, it was all Consett. Slocombe couldn’t keep his header down from Burrell’s left-wing cross, and young sub Ryan King’s surge forward from the centre circle set up Burrell, who shot wide.

On 70 minutes, a good Ewart pass sent Mackay scurrying down the left. With two team-mates to his right, screaming for a pass, he chose to go for goal, and blazed over from the edge of the box.

Five minutes later, a move down the right involving King and Burrell saw the ball fed out to Mackay, who made a yard of space for himself and unleashed a shot which went inches wide of the top-right corner.

Young substitute Daniel Halliday put in a great cross for King, who connected too cleanly with his header, and a good delivery by Burrell from a free-kick saw Bell rise highest, but Hanson claimed his header at the second attempt.

Consett even threw keeper Jameson up for a corner as they sought an equaliser to take the game into extra time, but it was not to be, and the visitors held on to keep alive their chances of a Northern League, League Cup and FA Vase treble. The encouraging thing from Consett’s point of view, apart from their overall performance, was the fact they ended the game with six teenagers on the pitch, which could only augur well for the future.

The Steelmen ended the season with two wins, two draws and two defeats from their remaining six games, and finished 15th, while West ended a campaign which had promised so much empty-handed. They were runners-up in the league – their best position for 51 years – surprisingly lost 4-1 to 2nd Division Team Northumbria in the League Cup final, and were beaten 2-0 by Dunston in the FA Vase final.