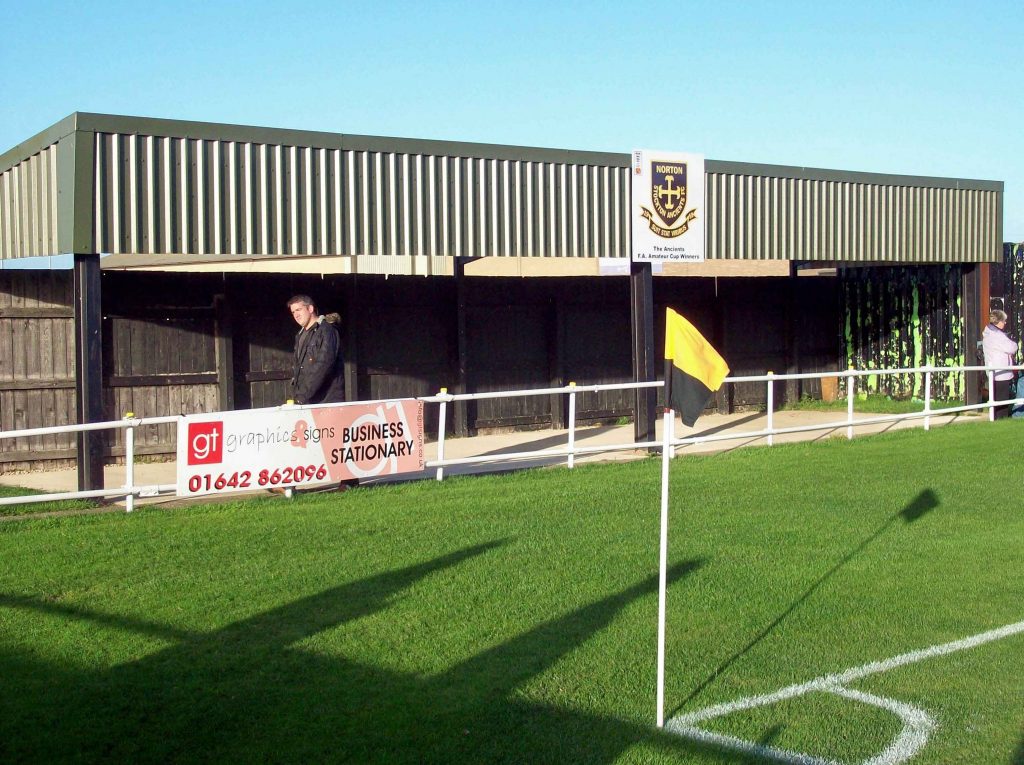 Consett finally dispelled any lingering relegation doubts with a last-gasp win at the Station Road home of Norton & Stockton Ancients on this day eight years ago.

They dominated from start to finish, playing some of their best football of the season, only to be let down by their final ball or their finishing. When they did break through, they found home keeper Jim Provett in imperious form.

The game started very much in the same vein as the League Cup game five weeks earlier, with Consett enjoying by far the better of the early exchanges. They carved out their first chance after just five minutes when a good Teasdale pass sent Michael Mackay scuttling down the left, and he beat his man and crossed low and hard for Matty Slocombe, who just failed to get the touch needed to convert it.

Five minutes later, Teasdale was again the provider, but Mackay hesitated for a second, thinking he might be offside, and was beaten to the ball by Provett at the edge of the box. Teasdale then tried his luck from 25 yards, but his shot was rising all the way as it cleared the bar. Provett then denied the No 9, reaching his cross a fraction of a second before he could shoot after great work by Dale Burrell.

On the half-hour Norton finally threatened, when Theo Furness’s ball in from the right saw James Magowan hit a shot on the turn which wasn’t too far wide, but Consett were soon on the attack again. A good one-touch passing move down the left saw another chance created, this time for Ryan Bell, but his effort was too high. Burrell was having an excellent game down the left, giving ex-Consett man Burton a torrid time, but for all Consett’s possession, the Norton keeper hadn’t had a proper save to make.

As half-time approached, Provett thwarted Mackay again with a fine piece of goalkeeping. Young midfielder Jack Stanger sent the Steelmen’s top scorer through with a raking pass into the right-hand channel, but as he tried to go round the keeper he was driven wide, and a defender got back to block his pass to Teasdale, who was screaming for it in the middle.

The interval arrived with Consett very much in the ascendancy, but without a goal to show for their efforts, and the second half resumed with more of the same. It was just three minutes old when Michael Pearson and Slocombe combined down the right to set up a chance for Burrell, whose well-struck effort was blocked by a defender.

On 51 minutes another superb Stanger pass sent Teasdale racing through the middle. He outpaced two defenders to give himself a clear sight at goal, but Provett pulled off an excellent save, tipping his shot round the post.

A long ball out from the back by Scorer sent Teasdale away again, and although he was crowded out before he could get a shot away, he set up Stanger, whose effort was blocked. The loose ball fell for Burrell, whose stinging follow-up flew a yard over the top.

Norton posed little threat, but almost got their noses in front when it took a combination of Pearson and Jameson to keep out Dale Mulligan’s goalbound header from a corner. Play switched straight to the other end, and when Slaughter dug out a cross from beside the corner flag, Provett’s positioning to take Mackay’s header made his save look much more comfortable than it was.

Midway through the half, Stanger flashed a 20-yarder just wide after Mackay’s cross for Teasdale was only half-cleared. Norton had by now used all three substitutes as they changed their shape to try to stem the constant tide of Consett attacks, and when Provett pulled off another excellent save from Burrell, who was put in by Mackay’s slide rule pass, it was beginning to look like it might not be Consett’s night.

A rare foray upfield with 11 minutes left saw Furness waste a golden chance for Norton as a break left them with three men running at two Consett defenders, but normal service was soon resumed, and the remainder of the game was played in the hosts’ half.

Slaughter had a shot blocked, Burrell put a tantalising cross across the face of goal which no one was able to apply a finishing touch to, and Mackay blazed wildly over as Consett started to snatch at chances. With time running out, young striker Ryan King was brought on for Teasdale, and he played a vital part in what was to prove the winning goal. He chased down a Norton backpass, refusing to allow Provett time to dwell on the ball. His pass to Stanger saw the young midfielder shoot, and the ball fell at the feet of Mackay, who tucked it away for his 39th goal of the season.

The goal was no less than Consett deserved, and the three points made mathematically certain of 1st Division football next season. Consett went on to finish a disappointing campaign 15th, while Norton finished a place above them.