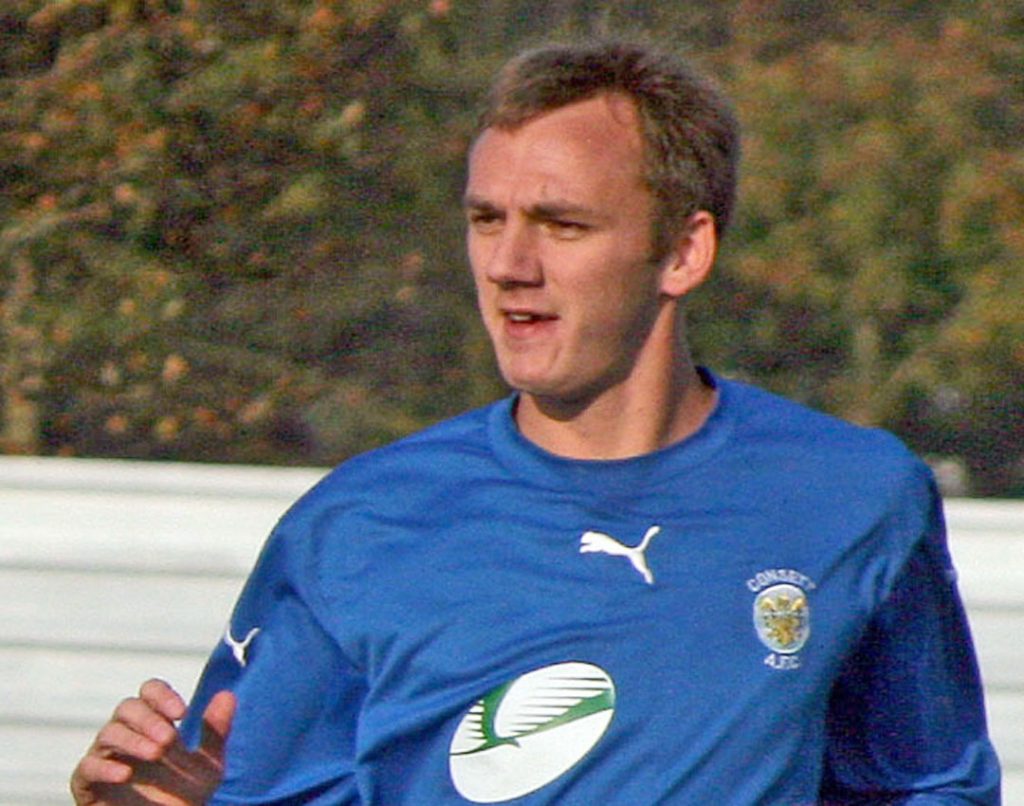 A Consett striker made history as they consolidated third place in the Arngrove Northern League First Division table with a 5-1 win over relegation-threatened Bedlington Terriers at Dr Pit Welfare Park on this day 12 years ago.

Prolific striker Manager Kenny Lindoe made one change to the side that had beaten Morpeth in midweek, with Mark Patterson replacing Craig Robson in the centre of midfield. Bedlington’s goalkeeper was Dan Regan, who would go on to sign for Consett a few seasons later.

Consett got off to a great start when they took the lead after nine minutes. A long ball was knocked forward, which Milner tried to head back to the keeper, but it fell short, and Mattie Moffat nipped in to round the stranded Regan and shoot into the empty net.

Moffat almost doubled the visitors’ advantage when he ran onto Jonjo Dickman’s through ball, but Regan managed to turn his shot for a corner. Regan was called into action again after 21 minutes when, from Moffat’s ball into the box, Steven Brown turned and shot, but the keeper parried his effort wide.

Five minutes later Bedlington went close to levelling when Ludlow ran onto Regan’s clearance, but he lobbed the ball over the bar with only keeper Paul Gilmore to beat.

Eight minutes before the interval Patterson’s ball found Moffat whose cross just eluded the onrushing Dickman who looked certain to score.
When half-time arrived Consett were holding on to a slender 1-0 lead.

Two minutes after the interval Moffat headed just over from Dickman’s cross, while at the other end Bedlington’s best player Shandran forced Gilmore to make a save.

Just after the hour Brown shot narrowly wide from the edge of the box. From the resulting clearance The Steelmen doubled their advantage. Regan’s goal kick was headed forward by Carl Piecha, and Moffat let the ball run past him before unleashing a 25-yard shot that gave the keeper no chance.

Shandran shot just wide from a free-kick after 67 minutes, but a minute later Consett made the game safe by adding a third. Brown’s shot from the edge of the box was blocked, but it fell to Moffat, who lashed the ball home from 18 yards to complete another hat-trick and make it a magnificent 50 goals for the season for Consett’s top scorer.

Some of the football being played by the Steelmen was reminiscent of earlier in the season when they topped the table, and they looked dangerous every time they attacked. The irrepressible Moffat headed just over from Patterson’s cross, and then he set up substitute Andrew Thompson, who made space for the shot but fired straight at Regan.

The fourth goal came after 79 minutes when Gary Ormston headed into the bottom corner from David Colvin’s cross.

Shandran was the home side’s only real threat, and after cutting in from the right he saw his shot tipped over the bar by Gilmore. However, a minute later the Terriers got on the scoresheet when Shandran back-heeled the ball into the path of Ludlow, who made no mistake.

But Consett were to have the last word and went nap with three minutes to go. From a pass into the box David Pounder controlled the ball and played it across the face of goal, leaving Moffat with a simple tap in.

Consett went on to finish as runners-up in the league, 16 points behind runaway champions Durham City, while Bedlington finished 15th, four points and five places clear of relegation.