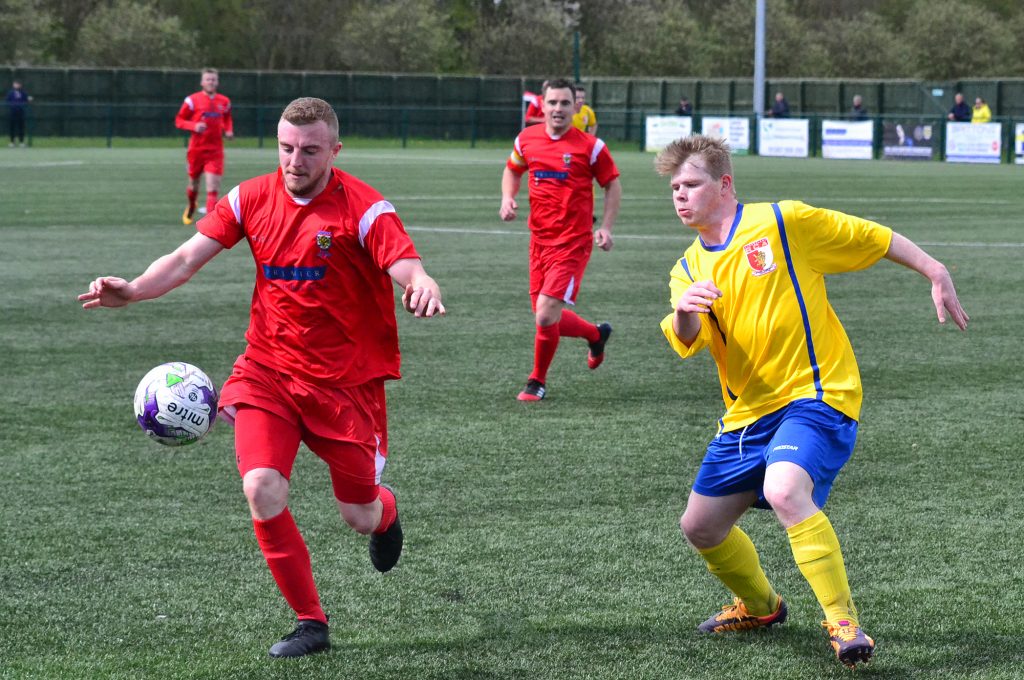 Tonight should have seen us complete our away fixtures for this season with a visit to Sunderland RCA – the same opponents, who, by coincidence, we played on this date three years ago.

Consett went into the game on a sunny Saturday at Belle View Stadium full of optimism, still hoping for a top-six finish. But a jaded performance at the end of a 55-game rollercoaster of a campaign saw them beaten 5-0 at home by mid-table RCA.

Mark Eccles, ending his first full season as manager, was forced to make two changes to the starting XI which had beaten Penrith 4-0 on Easter Monday, with Arjun Purewal on international duty and Dan Hawkins unwell. Jordan Lavery came in at left-back, with Clark Kay moving into central defence, and Matty Slocombe returning in midfield.

RCA, who’d had an 11-day break, were looking to bounce back from successive defeats to Marske United and Jarrow Roofing, and looked brighter from the start. The only surprise was that it took them until the 31st minute to take the lead, when Ryan Noble’s corner from the right was met, unchallenged, by one-time Consett player Stephen Callen, who headed in from six yards for his 20th goal of the season.

Consett had two chances to level just before the break, but Craggs hit a 25-yard free-kick wide of the left-hand post, and Michael Sweet headed straight at Carmichael from Shaun Ryder’s cross, so half-time arrived with the visitors 1-0 up.

After a below-par first-half showing, Consett went straight on the attack at the beginning of the second, and a cross from the right reached Sullivan, whose shot was blocked for a corner. From the flag-kick the ball was headed just wide by Ryan McKinnon.

RCA were still a threat, however, and young keeper Ross Coombe made a double save to thwart Callen and John Butler. Just when Consett seemed to playing their way back into the game, disaster struck midway through the half as RCA doubled their lead.

Craig Hubbard picked the ball up in midfield and played it to Callen on the edge of the penalty area. The striker held the ball up before turning his marker and firing in a super shot into the bottom corner.

At 2-0 down, Consett brought on forward Jordan Nellis for defender Kay in a desperate attempt to change things, but on 72 minutes they gifted RCA a chance to wrap up the game when Callen put Butler clean through on goal, but Coombe stood up well to save, and the No 9’s follow-up effort was blocked and then cleared.

However, a third goal to clinch the game wasn’t far away. A long ball up to Callen was brought down with a delightful touch, and he again played in Butler, who this time made no mistake with a fine finish from the edge of the area.

With the match heading into stoppage time, RCA got a fourth goal as Consett appealed in vain for offside against Butler, who put the ball through the exposed Coombe’s legs.

In the third minute of added time the humiliation was complete as Butler was again put through on goal, only to be upended by Jake Stafford. Colin Larkin, RCA’s regular penalty taker, handed the ball to Butler, who coolly fired past Coombe to complete a 15-minute hat-trick.

When the final whistle went it was a dejected-looking Consett team who trooped off the field after their heaviest defeat of the season, but they were still applauded by their loyal fans, who’d enjoyed as many ups as downs.

The campaign had been derailed by the Steelmen’s failure to find a settled side – six different goalkeepers, nine different centre-backs, and of the 37 players who’d donned the shirt, 15 of them played 10 games or less.

They enjoyed FA Cup wins at Clitheroe and Harrogate RA, and took National League side Curzon Ashton to two games before a single-goal replay defeat. In the FA Vase they had thumped Hebburn, before bowing out at home to a Pickering Town side they really should have beaten.

In the league they were frustratingly inconsistent, only managing to win four games in a row once all season, though they did enjoy a 14-game unbeaten run (including cups) between the end of October and January. Disappointing though it was, this last-day defeat didn’t affect our final position, as Whitley Bay clinched 6th with a 4-1 win at Penrith, which meant Consett had to be content with 7th for a second successive season.