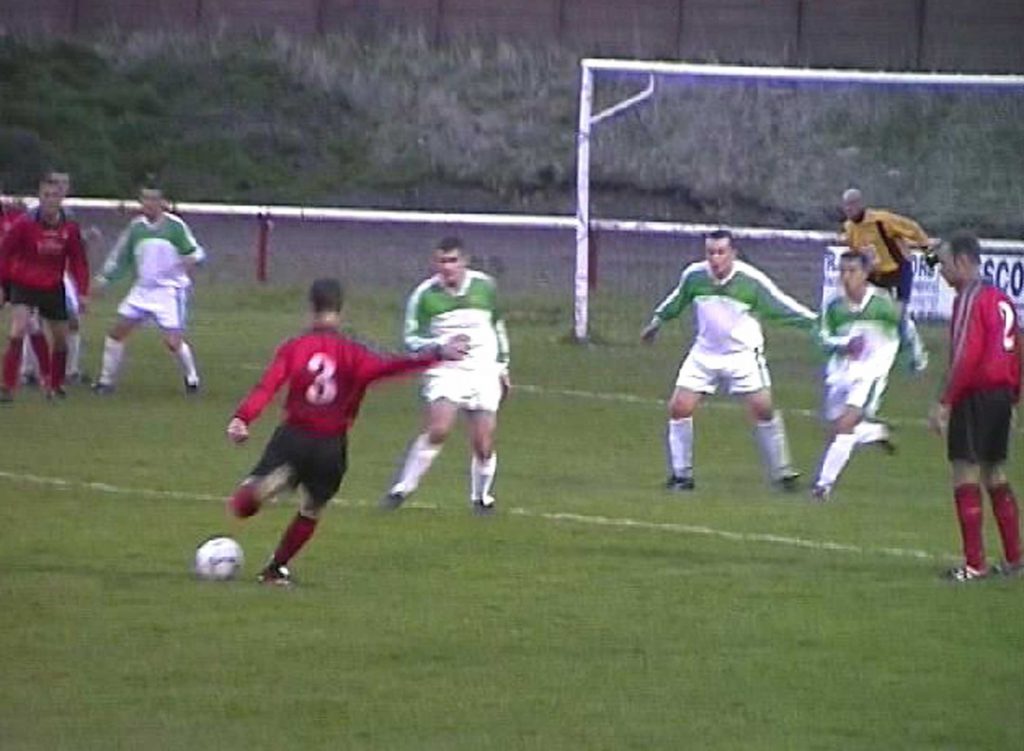 Never let it be said that Consett don’t keep things interesting for as long as possible.

It was on this day in 2002 that they finally guaranteed their Albany Northern League 1st Division, with a 2-0 win over Durham City in their final game of the season.

It was a reasonably comfortable win over sixth-placed Durham, who had contested a two-legged FA Vase semi-final against Whitley Bay less than four weeks previously.

In a near-disastrous April in which just six points had been accumulated from a possible 24, Consett saved their best performances for their three hardest games, Whitley Bay, Tow Law and this one, played on a Thursday night at Belle Vue Park.

Alan Batey, who went off injured at half time at Tow Law on Tuesday was unfit, so Johnny Brown came in as Consett reverted to the back three that had been so successful against Whitley Bay the previous week. Otherwise it was the same team as the one that did so well without reward against The Lawyers.

Consett started brightly and had the first real chance of the match on 12 minutes when the ball broke to Tony Halliday in the box, but the Durham defence blocked his goalbound shot.

After that initial scare Durham took control of the game. On the quarter hour Mark Hutchinson had a shot from distance which bounced awkwardly in front of James Platten, but the Consett keeper managed to divert it for a corner.

A couple of minutes later Platten was called upon again to make a good save from a 30-yard attempt from Mudd. Then after 20 minutes an acrobatic effort from Taylor sailed over Platten’s head and, thankfully for Consett, over the bar too.

Having survived this onslaught Consett pressed forward again, and Darren Grimes did well to get a shot on target despite the ball just refusing to sit for him. Riches in the Durham goal held it well though.

In the 35th minute it was Consett who drew first blood. Chris Hodgson lifted a cross into the box from the left and Colin McLeod’s looping header hit the bar. As the ball bounced back into play Macca went to knock in the rebound, but Durham’s Emmerson got there first and headed it into his own net.

Having eased the nerves a little with a goal before half-time, Consett reduced the stress levels still further by getting a second seven minutes into the second half. Macca smacked one from 25 yards out which was heading straight for the keeper, however it bounced wickedly right in front of Riches and reared up over him into the net. If the pitch had robbed Macca at Tow Law two days ago, then this was payback time.

Durham responded to going 2-0 down by bringing on ex-Bedlington striker and leading scorer Lee Ludlow, however he made little impact. Consett were defending resolutely and the impressive Chris Hodgson was covering every blade of grass in an unfamiliar midfield role, and as a consequence Durham were kept at bay.

In the last quarter of an hour things livened up a bit. First Durham sub Keith Douglas did well to get over a high bouncing ball to drive a volley low to Platten’s left, which he did well to tip round the post, then on 78 minutes an indirect free-kick was hit well by Irvine, but Platten caught it easily.

Four minutes from time Consett might have got a third when McLeod held the ball up well before laying it off to Neil Lowdon, whose angled shot went narrowly over. There was still time for a couple of close efforts from Durham before the end, but the feeling of relief was tangible when the referee blew the final whistle.

The curtain came down on Consett’s season and they had avoided the relegation trapdoor, finishing 17th with Ashington filling the final relegation place alongside Thornaby and Seaham Red Star.

Sadly, Consett’s luck would run out, and they were relegated the following season, which signalled the end of Colin Carr’s 15-year tenure as manager.