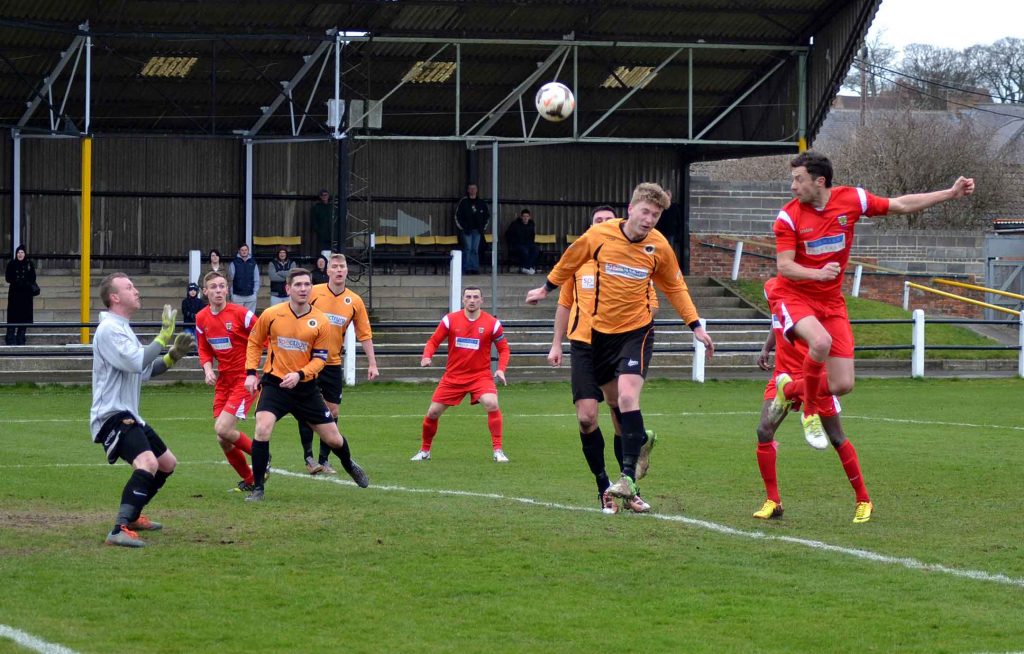 Consett will play one of the Northern League’s oldest clubs, Crook Town, as part of their pre-season preparations, it has been confirmed.

The Black and Ambers were 3rd in the 2nd Division, and looked a good bet for promotion, when last season was abandoned.

They will visit Belle View Stadium on Saturday, 8 August, but under current Covid-19 restrictions the game will be behind closed doors.

The meeting will be our first since 21 March 2015, when we won 4-0 at their Millfield ground in a 1st Division fixture.

Our goals that day were a hat-trick from Michael Mackay, pictured in action above, and a strike from Aris Guerin-Lokonga.

Crook are managed by Jamie Tunstall, a young manager who encourages his team to play good football. Their squad includes Harrison Scott, a defender who had a spell at Consett in the 2017-18 season.

Their main goal threat is Daniel Kent, who’d scored 20 when last season was brought to an abrupt halt, while Christian Holliday (16) and Daniel Maddison (10) were also in double figures.

Our pre-season schedule so far is:

At present, all friendly games must take place behind closed doors, and we await updated guidance from the FA/Government on when spectators will be allowed to return.