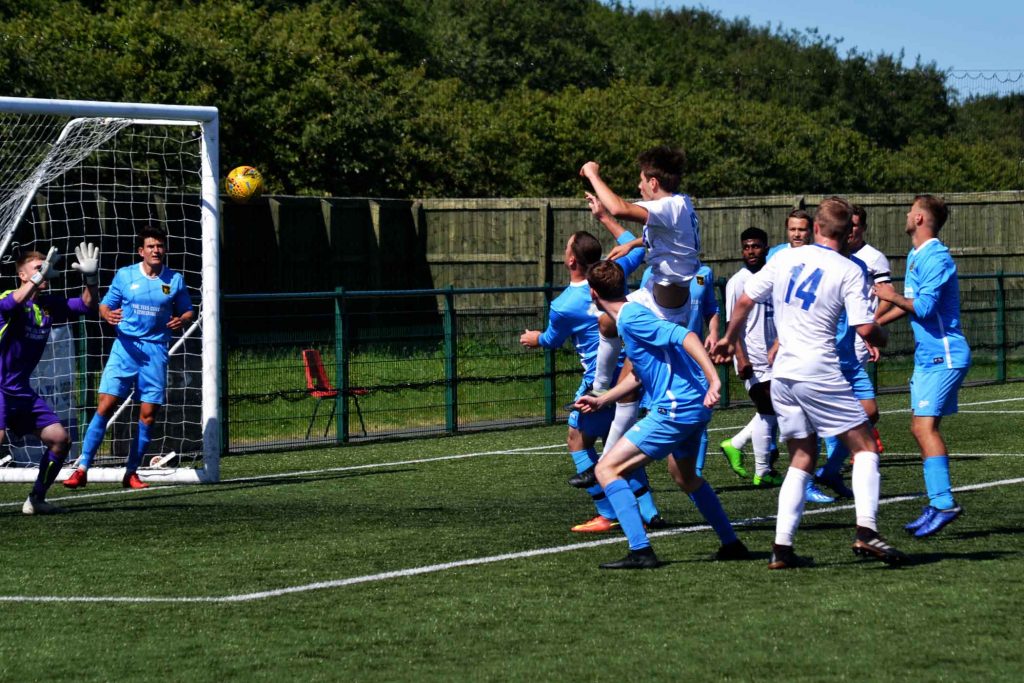 Consett had to settle for a 0-0 draw with Crook Town today in their latest behind-closed-doors pre-season friendly at a sun-drenched Belle View.

Terry Mitchell’s side were missing five attacking players for a variety of reasons, so it was no surprise they struggled to break down a well-organised visiting side.

Michael Mackay and Lewis Green had shots on target in an evenly-matched first half, but didn’t trouble keeper Ronan Makepeace, while Jamie Tumilty had Crook’s best attempt with a 25-yard free-kick.

The second half saw both sides make a multitude of changes, and one of Consett’s subs, Nick Allen, went close with an effort which Makepeace saved well down at his near post.

Keeper Kyle Hayes was twice called into action as Crook showed the attacking prowess which took them to third in the 2nd Division before last season was declared null and void.

But the best chance of all fell to young centre-back Simon Jakab, who rose highest to meet a right-wing corner in the 63rd minute, but powered his header straight at the keeper, pictured top.