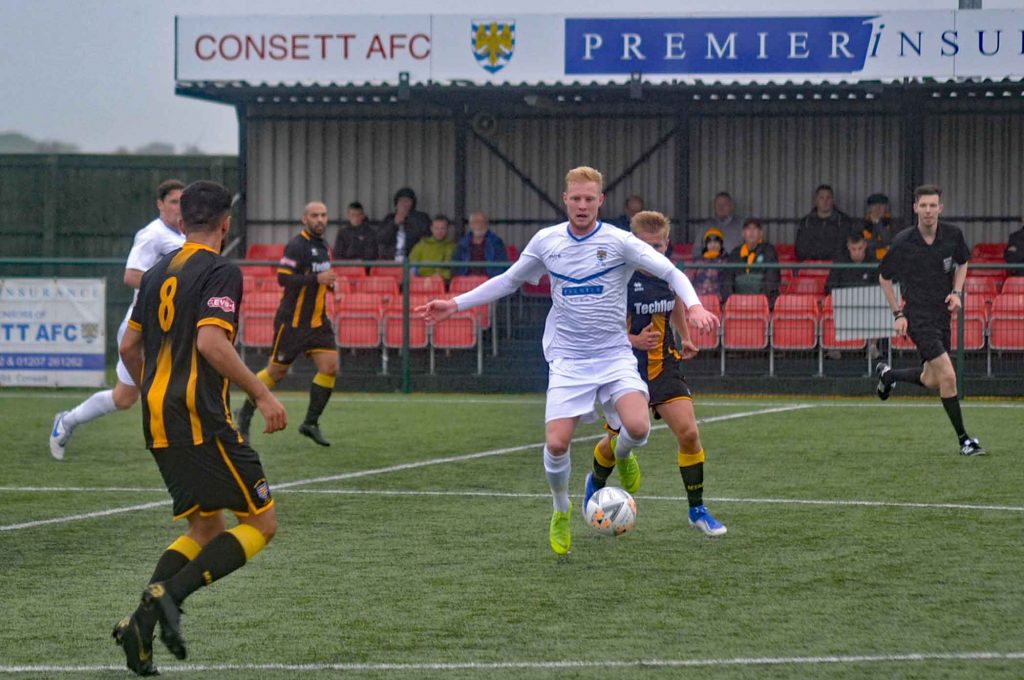 Consett AFC season ticket holders are to be given preference for the very limited number of places available at Saturday’s friendly v Morpeth Town at Belle View Stadium.

Clubs are allowed 15% of ‘the minimum ground grading capacity’ at their level. Therefore, the number of spectators allowed is dictated by the level the club plays at, not the size of their individual ground.

The minimum ground capacity for the Northern League is 1,000, so all clubs are limited initially to 150 paying spectators. From 31 August this rises to 30% (300).

Season ticket holders can access tickets for Saturday’s friendly v Morpeth by either calling into the club in person after 4pm on Thursday or by telephoning 01207 588886, again after 4pm, to book their place.

After 1pm on Friday the sale of the tickets will be open to all supporters on a first-come, first- served, basis. All payment must be made in advance, by cash or card.

There will be no paying at the gate on Saturday to support our efforts to minimise congestion and support Track and Trace. All  updates will be provided via social media.

The name, telephone number and a contact email will be taken for everyone attending the game, for track and trace purposes.

Upon arrival at the ground supporters will be asked to have a temperature check, and their name will be checked against the list of paid-for places held at the gate.

Once inside, supporters should remain socially distanced, gather in groups of no more than six, and spread out, in line with wider government guidance.

Food and drink will be available and the clubhouse will be open. Toilets will be open, and should be used on a one-in, one-out basis.

Hand sanitising is available at several sanitisation stations, and touch-points will be regularly cleansed throughout the day.

Normal league admission prices apply for the game: £7 for adults, £5 for concessions and £2 for under-16s, who must be accompanied by an adult.

Consett AFC Chairman Frank Bell said: “We’re looking forward to welcoming our supporters back, even if the matchday experience is going to be slightly different to what they are used to.

“These are unprecedented times, and we’ve carried out extensive work to make Belle View Stadium a safe place for players, staff, club officials, volunteers and spectators.

“After last season was declared null and void we did promise our loyal season ticket holders free entry to pre-season games for 2020-21, to make up for the home matches they missed out on.

“Unfortunately, due to the first three home friendlies having to be played behind closed doors and numbers being extremely limited for this one, this has not proved to be possible.

“Instead, the club will cover the cost of season ticket holders’ admission to home League Cup ties this season, by way of thanks for their continued loyalty.

“It’s a shame that the number of supporters allowed to attend games is dictated by the level we play at, rather than our ground capacity, as we could have allowed many more in.

“Hopefully those who do attend this weekend’s game will enjoy being back at Belle View for the first time in six months. We can’t wait to welcome them back.”

* Arrangements for the FA Cup tie v Ryhope CW on Tuesday 1 September will be made public next week.