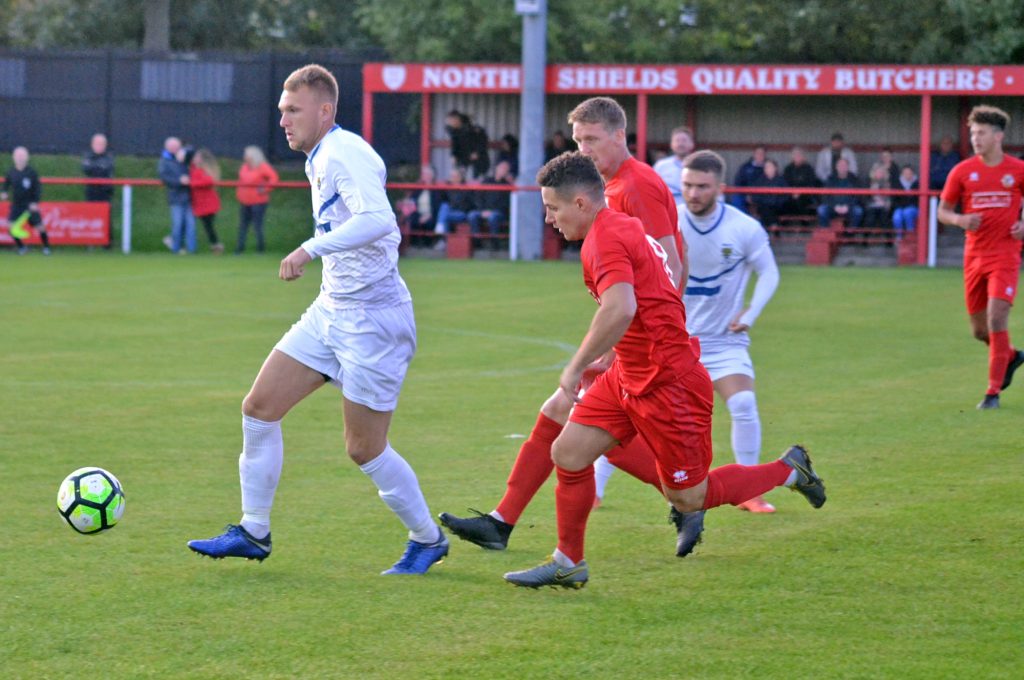 Consett will kick off their 2020-21 Northern League campaign with three successive away games – starting at North Shields on Saturday 5 September.

The fixtures for the new season, issued today, will then see the Steelmen travel to Ryhope CW and Seaham Red Star in the next two league fixtures.

It won’t be until our fourth match that we get to see a league game at Belle View, when we entertain Shildon on Tuesday 22 September.

The delayed start to the season means the games come thick and fast after that; we face West Auckland, Stockton Town and Whickham in consecutive home games in the space of eight days.

And for the first time in five years we could have a game on Boxing Day – we’re due to be away at Penrith, pictured below, on Saturday 26 December.

We will see in 2021 with a home game against Ashington on Saturday 2 January, and other notable fixtures include a mouthwatering clash with fellow FA Vase semi-finalists Hebburn at home on Saturday 5 December, with the return game on Saturday 17 April – our final away fixture.

The season is scheduled to conclude with a home game against Northallerton on Saturday 24 April, however there will almost certainly be plenty of fixture changes between now and then.

Our first competitive game of the season will be the home FA Cup tie against Ryhope CW on Tuesday 1 September (KO 7.45pm). Ticket details for this will be released next week.

We don’t enter this season’s FA Vase until the 2nd Round, on Saturday 28 November. There’s no word yet on when we might play last season’s semi-final against Bitton.