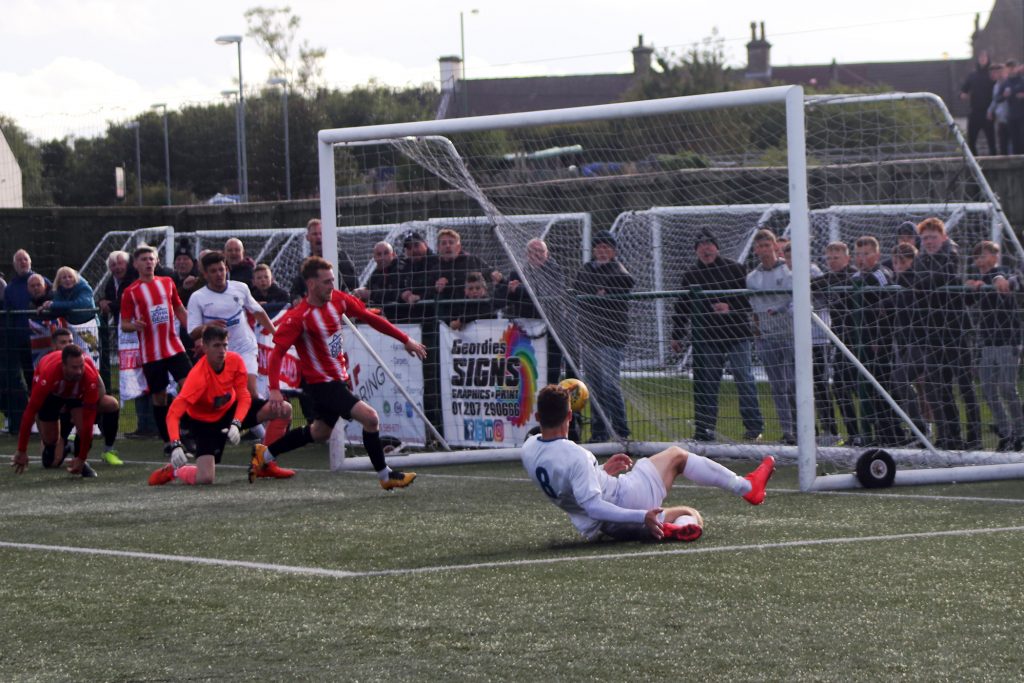 Consett are on their way to Wembley after beating Bitton 1-0 in the FA Vase semi-final at Belle View Stadium today.

Calvin Smith got the all-important goal, pictured above courtesy of Paul Hardy, deep into extra time, after a great cutback from the byline by Matty Cornish.

Consett’s opponents in the final will be Northern League rivals Hebburn Town, who went through on penalties after a 2-2 draw with London side Corinthian.

To Bitton’s credit, they made Consett fight all the way for their victory, though the outcome might have been decided earlier if either of two penalty shouts had been successful.

The first, in the second half, saw Dale Pearson felled by the Bitton keeper as he tried to make a rebound.

Then in the first half of extra time, Matty Cornish was flattened from behind in the box, but the referee gave a free-kick on the edge of the box.

Bitton, who defended superbly all game, had their chances too, and Kyle Hayes made a vital save just before the winning goal.