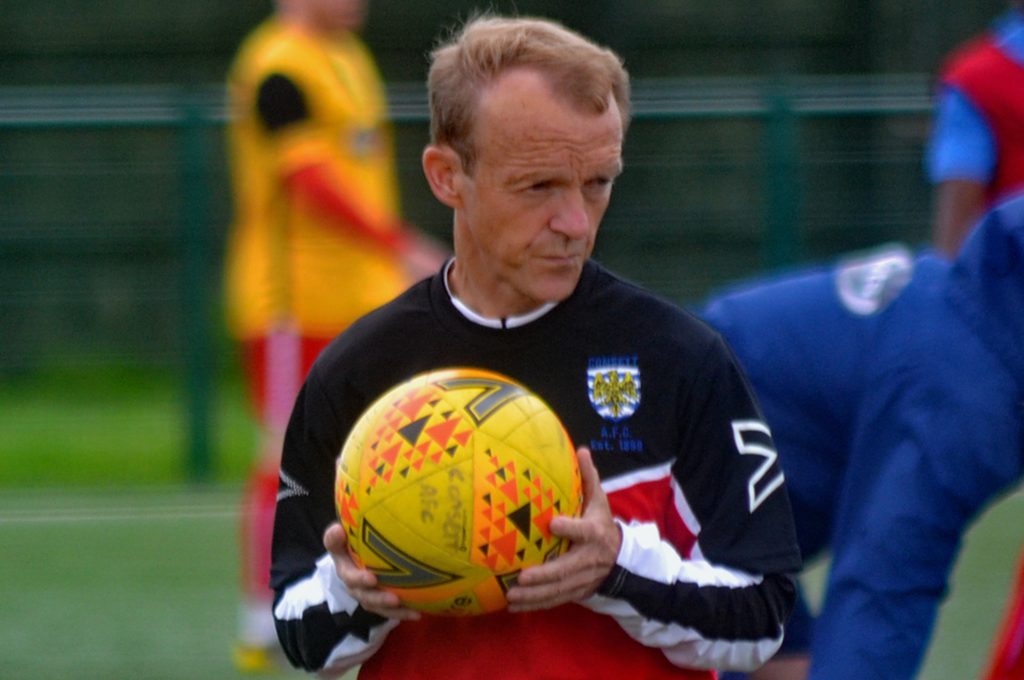 Consett manager Terry Mitchell says his biggest headache in the run-up to today’s FA Vase semi-final is who to leave out of the 18-man matchday squad.

The Steelmen currently have 24 players fit and raring to go for the biggest game in the club’s history, but the manager can only pick the starting XI and seven substitutes.

That will leave six players disappointed at not being involved, and the manager says it will be an extremely tough decision.

Emergency rules for the competition mean that for the semi-final and final, clubs can select two players who have not played for them in the competition during the 2019-20 season.

Terry told the Northern League website: “We have a  full squad of 24 players available and everybody wants to be part of it.

“Whittling it down to 18 players is the hardest thing we’ve got to do, but it’s a nice problem, as we have 24 quality players.”

He said he has a strong squad at his disposal, with or without being able to pick two new players for the game.

But he’s in no doubt about the quality of opponents Bitton, who make the long journey from South Gloucester.

“They’ve got to be good to make it this far in a national competition and come 3pm it’s a one-off game to get to Wembley.  It will be a tough game, but we’re confident.

“Best wishes to Hebburn too.  We hope everybody in the region will be hoping it’s going to be a North East final.”