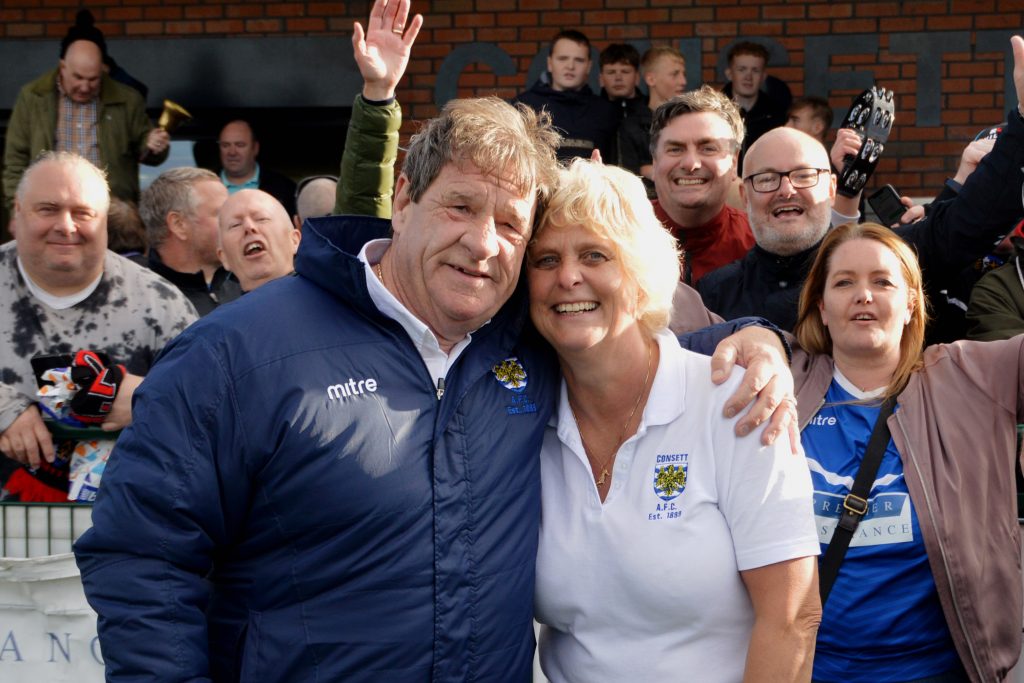 Consett AFC Chairman Frank Bell has described reaching the FA Vase final as “the greatest day of my life after my wedding day” after his club beat Bitton 1-0 to book a day out at Wembley.

Calvin Smith’s 114th-minute strike was all that separated the two sides in a hard-fought semi-final at Belle View Stadium.

Frank, pictured top with wife Dianne, told BBC Radio Newcastle: “I just broke down in tears – it was one of the best days I could possibly imagine, absolutely wonderful.”

On the prospect of a Wembley showdown on Sunday 27 September with Northern League rivals Hebburn Town, who won on penalties after a 2-2 draw with Corinthian, he said: “It’s absolutely fabulous.

“Ir’s a great day for the whole family, but also for the town, the fans, the players, the management. It’s absolutely wonderful.”

Frank had words of praise for opponents Bitton, saying: “No side gets to the semi-finals of the FA Vase if they’re not a good side. They played some good football, they certainly worked our goalkeeper as well.

“It was a tough game, a really, really tough game, and they should be very very proud of what they’ve achieved.”