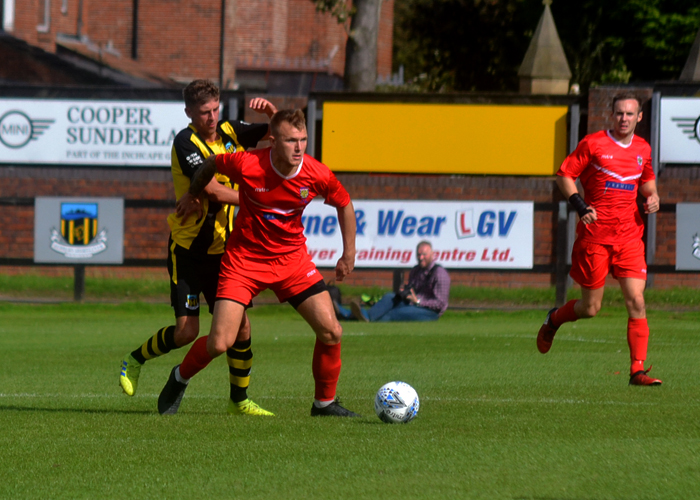 Consett will play Hebburn Town on FA Vase final weekend after all – in a rearranged Northern League Division One game.

The postponement by The FA of the Wembley showdown between the clubs, which was due to take place on Sunday 27 September, left us both with a free weekend.

The league’s fixtures secretary has taken advantage of the postponement to arrange a league game between us instead, at Hebburn’s Green Energy Sports Ground.

Kick-off will be 3pm, and we’ll bring you ticket arrangements for Consett supporters as soon as we have them.

Several other league games have also been rearranged recently, as follows: