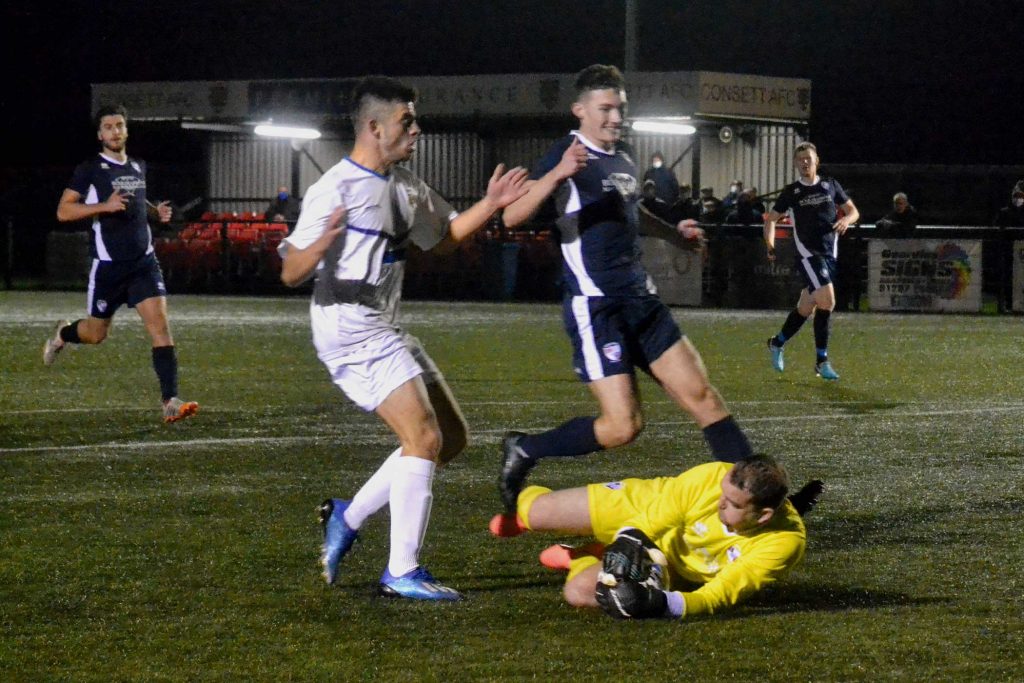 Consett’s hopes of climbing into the top six of Northern League Division One came off the rails tonight when they lost 2-0 at home to Shildon.

Shildon took the lead in the 14th minute, when Consett skipper Arjun Purewal was harshly judged to have fouled an opponent when he appeared to have won the ball in a tackle.

David Palmer swung in the free-kick, and Kurt Matthews headed home to make it 1-0 to Shildon.

On 31 minutes they almost doubled their lead when Jack Vaulks headed powerfully goalwards from a corner, but Kyle Hayes made a fine reaction save.

The Consett keeper was called into action again three minutes before the break, when possession was surrendered at the back, but he stood up well to save from former teammate Michael Sweet.

The second half saw Consett move the ball quicker, and their best chance of an equaliser came in the 57th minute, when Lewis Green threaded a pass to Jake Orrell, but Shaun Newbrook saved with his feet.

That was the only stop the Shidlon keeper had to make all game, as those in front of him defended robustly, putting their bodies on the line to win tackles and headers and block shots.

Their second goal, which clinched the game, came on 77 minutes, when Consett lost possession in their own half and Dean Thexton fed strike partner Michael Sweet, who buried it in the bottom corner.

The final scoreline could have been even more emphatic; Matthews rattled the bar from distance, and old boy Danny Craggs wasn’t too far away with a well-struck effort after coming on as a sub.

Consett had been out-fought and out-thought long before the final whistle, on a night when they were second-best all over the pitch.