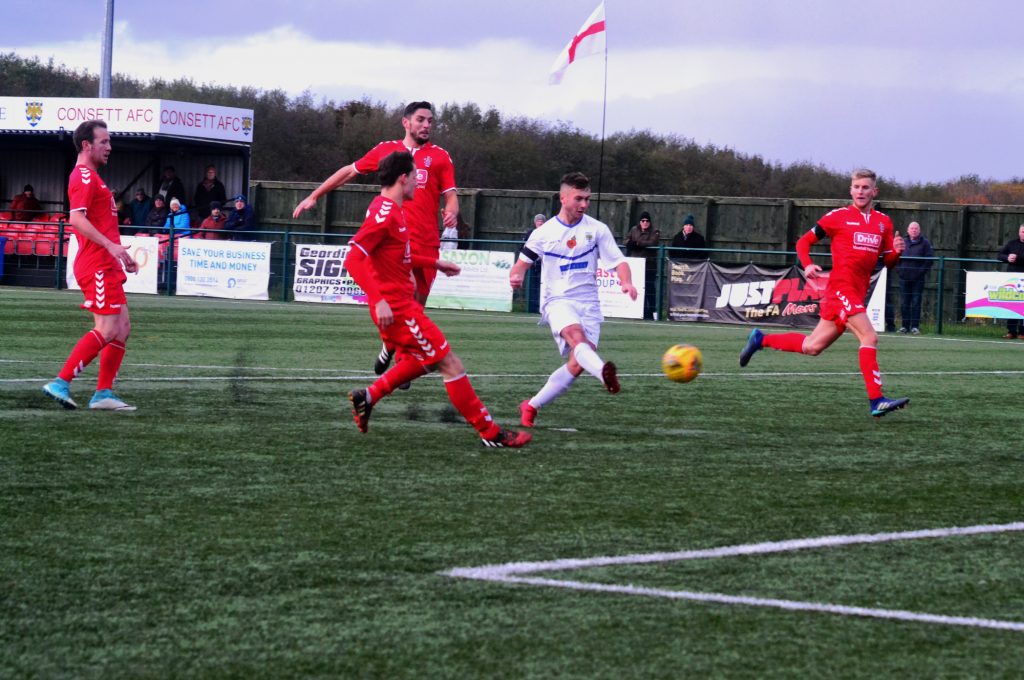 The latest changes to our fixture list mean new dates for two of our Northern League Division One games, including a home game rearranged for next week.

We were meant to begin a run of four consecutive away games at Ryhope CW next Tuesday, 3 November. However, that game will now take place on Tuesday 1 December (KO 7.30pm).

Next Tuesday will instead see a home game against Billingham Town (KO 7.30pm), which was originally scheduled for Saturday 21 November.

At the moment we have no game on 21st, but there’s time for that to change.

Our scheduled game away at Guisborough on 28 November will also be rearranged (though the league haven’t confirmed this yet), as we enter the FA Vase that day, at the 2nd Round stage.

The 1st Round is being played this Saturday, with 12 Northern League clubs involved. We are exempt until the 2nd Round, along with Hebburn Town, Stockton Town and West Auckland. The draw will be made on Monday.